Men’s Division I Third Round preview 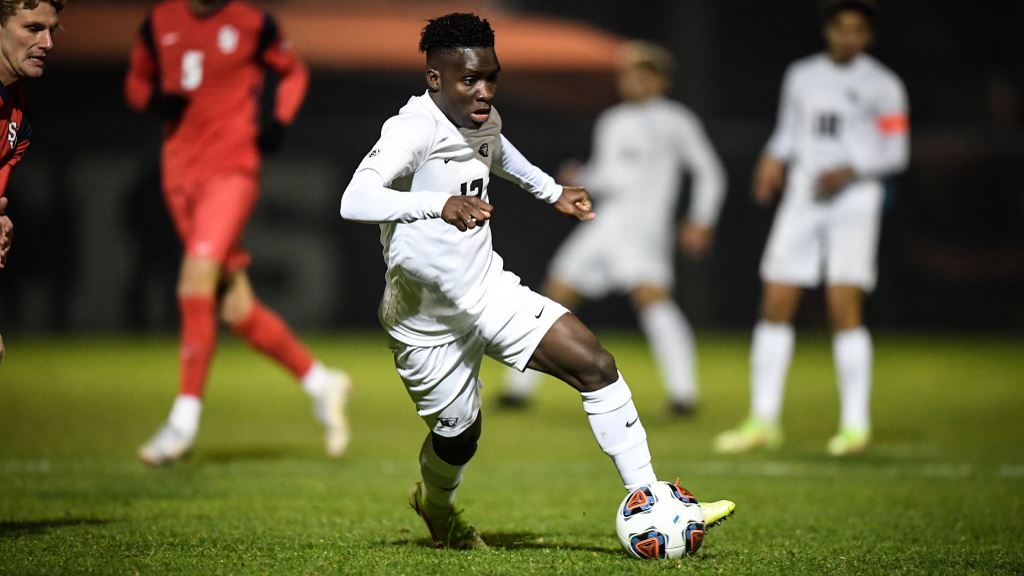 The men’s Division I tournament continues on Saturday, with eight third round games on the docket.

Check out a preview and prediction for each game.

The third round opens with what could turn out to be the best game. Hofstra has already shown that they can go on the road and beat a seeded side, trouncing Penn State in the second round. Beating Pitt at home is a different proposition, given the threat of Valentin Noel and Bertin Jacquesson. Ryan Carmichael and Matthew Vowinkel are a dangerous duo for the CAA side, and can give the host plenty of problems.

Another ripping match sees the undefeated Billikens head to Durham for a potentially epic matchup. Duke needed a couple of late goals to come-from-behind against UCLA. Two in-form goal scorers square off, as Simon Becher leads the line for SLU, against the Icelandic finisher Thorleifur Ulfarsson. This one is likely to be decided on which defense can thwart the other on the day.

If there’s a team that can head on the road and find a way to win against this terrific Washington side, a great performance from Indiana could be the trick. Roman Celentano has the ability to change games with his play between the posts, and could help when the IU back line is under pressure. Victor Bezerra will need to have a big game, whether through scoring goals or creating them (7 goals, 5 assists on the year). Washington’s back line is one of the best in the country statistically, conceding just 11 goals in 18 games. Dylan Teves popped up last game, and each game, one of UW’s attacking players finds a way to make a difference.

Both teams have put together quietly excellent seasons, and it’s a shame one comes to an end in Oklahoma. West Virginia is a team that’s tough to score on, though it’s about finding the offense at decisive moments to progress. Ike Swiger came up big in the last round, a 1-1 tie against Virginia Tech, with the Mountaineers advancing on penalties. Tulsa gutted out a 1-0 win, and is a perfect 11-0 at home. Alex Meinhard came off the bench against Creighton after a lengthy absence, and his return is going to be crucial to keep Tulsa’s season alive for as long as possible.

It’s the third matchup between the two sides this fall, with each side winning once. Providence beat the Hoyas by 3-0 at their place, and Georgetown won 2-1 in D.C. in the Big East tournament final. Another tight clash is all but certain, as the Hoyas are one of the best teams in the nation, though lacking a dynamic, consistent goal threat. The all-hands-on deck mentality can work with an early goal or two of course, but that’s extremely hard at this stage of the season. Brendan McSorley’s energy from the bench will be crucial, while Davis Smith and Gevork Diarbian have also been goal-dangerous this season.

An all-ACC third round game is the first matchup between the two sides this fall. Wake is coming off an impressive road win, and absolutely need an early goal here. If Kyle Holcomb can get free, it puts the onus on Notre Dame to open up. On the flip side, should Jack Lynn get a chance to find the back of the net, it is likely to put the Irish on course to progress.

Despite being the higher seed, Kentucky heads to Clemson for the meeting between two sides that don’t like to concede an inch. The Wildcats have the best defensive record in the country, tied with New Hampshire. Clemson doesn’t exactly set the score sheet alight, though there are game-changers here. Battling for the first goal will be epic, and is almost certain to be the decider.

Can the America East champs secure progress past Oregon State? The trip won’t be an easy one, but New Hampshire’s sterling defensive record gives them a shot. Bridger Hansen teed up the scoring in the second round for UNH, and set pieces will be crucial. The Beavers have a collection of guys that pop up to score goals and will be searching for Sofiane Djeffal and Tyrone Mondi to get the goals flowing.