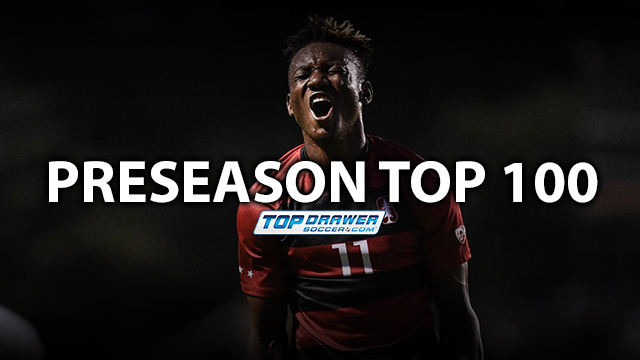 As the rescheduled fall 2020 season begins this week in men's Division I soccer, TDS releases a first look at the Top 100 Players to Watch for the upcoming campaign.

Players from teams that competed in the fall and are set to resume in the spring are included. In the event that players depart for an MLS or pro opportunity, the Top 100 will be updated immediately.

Similar to the Preseason Best XI Teams, Georgetown is well represented near the top of the Top 100. Jacob Montes starts the season as the No. 1 player, joined by teammates like Rio Hope-Gund and Derek Dodson. Stanford fares well with Ousseni Bouda and Andrew Thomas in the top five.

Check out the Top 100 as the spring season begins.