Men’s Team of the Week – Goals on Goals 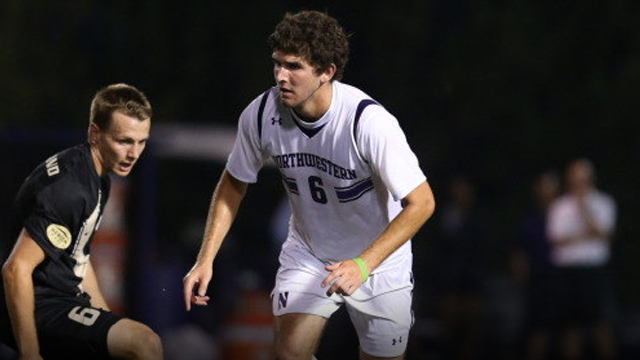 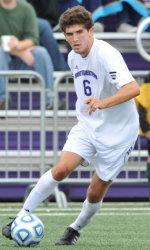 Northwestern started the season with a 3-1 loss to UC Santa Barbara, but since then, the Wildcats have been on parade. Senior midfielder Chris Ritter has been the catalyst of the success.

The Chicago Fire Academy product had two goals over the weekend on the way to collecting the Lakeside Classic MVP. Far more important, he led the Cats to a pair of shutout victories and has the Big Ten side rolling forward again.

Ritter’s contributions earned him the TDS Player of the Week and a spot on the TDS Team of the Week.

GK: A.J. Fleak, Northern Kentucky: Fleak scored the game-winning goal against Wright State on Friday. Between the three games last week, Fleak recorded 10 saves and was honored as the Atlantic Sun Defensive Player of the Week.

D: Luke Waechter, Charlotte: The redshirt freshman scored against Campbell and helped the defense pitch a shutout in a 3-0 win on Saturday. The 49ers are 3-2-1 on the season and the defense has only let in four goals during that stretch.

D: Steve Birnbaum, California: Birnbaum scored in both of California’s wins over the weekend to push his season tally to five. He also helped the defense shut out Colgate 3-0 on Friday and hold College of Charleston to only one goal on Sunday.

D: Bradley Bourgeois, Tulsa: The Houston Dynamo Academy product anchored the Tulsa defense that limited Valparaiso to only four shots in the game on Saturday.

D: Connor Drechsler, Cal Poly: The senior defender scored against San Francisco and Yale over the weekend to help the Mustangs run their unbeaten run to four games.

M: Abe Keller, Dayton: The midfielder from Switzerland had three assists for the Flyers over the weekend. Keller recorded a pair of assists against Ohio State on Friday in a 3-1 win and then followed that up with another assist on Sunday in a 3-0 win over IUPUI.

M: Chris Ritter, Northwestern: Ritter was named the MVP of the Lakeside Classic after scoring a goal in both of the Wildcats victories over the weekend. Northwestern topped Saint Mary’s 3-0 on Friday and then trumped Fairleigh Dickinson 2-1 on Sunday.

M: Fabian Herbers, Creighton: The German freshman scored the game-winner on a tremendous free kick in overtime against St. John's in the Big East opener for the Jays over the weekend.

F: Faik Hajderovic, Evansville: The sophomore from St. Louis recorded four assists on Sunday in a 5-4 win for the Purple Aces against Eastern Illinois. He also topped it off by scoring the game-winner with 11 seconds left in the contest for a six-point day. Hajderovic now leads the nation with eight assists in seven games.

F: Mark Wadid, Penn State: Wadid came off the bench last Tuesday to help Penn State top Robert Morris 1-0 thanks to his second game-winning goal of the season. The freshman added his third game-winner of the season on Sunday in a 1-0 win over Duquesne.