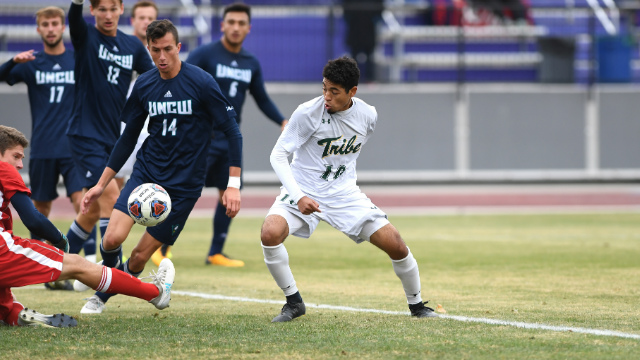 The men’s Division I NCAA Tournament Field is out, with the march towards Chester started on Thursday.

Last week’s star performances came at the right time for several programs. And one is set to clinch back-to-back Player of the Week honors.

William & Mary had its name called on Monday thanks in part to another goal-scoring binge from Antonio Bustamante. The junior scored a hat trick in Sunday’s CAA final against UNC Wilmington, punching the team’s ticket.

Thanks to his unprecedented effort, the Tribe will get at least one more game this season.

GK Connor Behrend, Presbyterian – The Blue Hose scored zero goals in 220 minutes of soccer across the semifinals and finals of the Big South tournament, but are now in the Big Dance. Behrend is the hero, as he made 10 saves in those two matches, and he saved the fifth penalty kick in the shootout against High Point in the final.

D Jordan Cano, SMU – A strong defense makes SMU a sleeper for the tournament after they secured the AAC conference tournament on home turf. Cano scored goals on Friday and Sunday, leading the team’s strong defensive effort as well.

D Daniel Krutzen, Albany – The Belgian setup the game-winning goal in the America East tournament semifinal, and then helped keep a clean sheet in the final against Massachusetts-Lowell.

M Declan McCabe, Georgetown – The senior player a pivotal role in his team’s Big East triumph. He scored the winning goal in overtime on a free kick, while also setting up two other tallies in the semifinal and final.

M Antonio Bustamante, William & Mary – With seven goals in the last three games, Bustamante boosted his season total to 15 on the season.

M Matthew Mooney, Massachuetts(m) – Umass were not to be denied in the Atlantic 10 tournament. Mooney scored a goal and setup another tally in Sunday’s final, a 3-1 win against VCU.

M Sean Bowman, San Francisco – A six-game winning streak has catapulted the Dons into the NCAA Tournament, after winning the WCC regular season title. Bowman delivered in the clinching game, scoring both goals in a 2-1 win over Loyola Marymount.

F Jordan Jones, Oregon State – While the Beavers miss out on the NCAA Tournament, Jones ensured the season ended on a high. He scored twice in a come-from-behind win against Washington on senior night last Thursday.

F Emmanuel Hamzat, Omaha – The MVP of the Summit League tournament, Hamzat hit two penalties in the 11-round shootout win over Denver. He earned the penalty kick in regulation against DU, and assisted on the game winning goal in a semifinal win against Western Illinois.