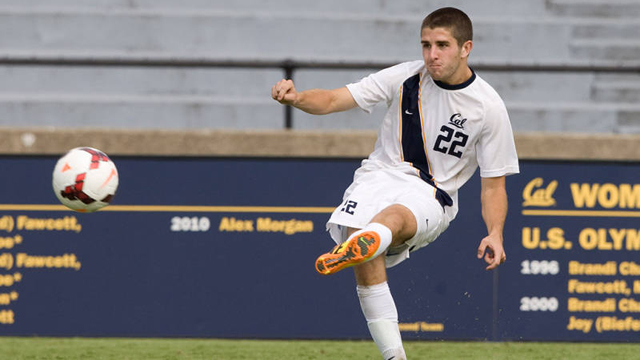 The game of the week ended up with a share of the spoils, which was enough for the Golden Bears to keep hold of their honey. 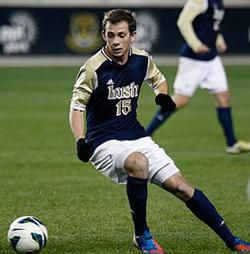 No. 1 California (7-0-2) started the weekend with a 3-1 win over Oregon State on Friday, which was also the Pac-12 opener for both squads. The Bears faced a bigger challenge on Sunday with a clash against No. 3 Washington. Cal opened the scoring on a delicately placed free kick by Connor Hallisey that nestled into the far corner of the net. Huskies answered late in the second half and the two squads ended the day on level terms.

The Fighting Irish continued to make the most noise to take over the top spot after a 2-0-0 week. No. 2 Notre Dame defeated Indiana and No. 18 Clemson over the course of the past week. The conference win came in overtime and on the road thanks to some late heroics from senior Harrison Shipp.

The aforementioned Huskies move up to No. 3 following road results against Stanford and the top ranked Bears. Huskies had a similar game plan in both games with second half dominance and it nearly pulled off a six-point trip through the Bay Area for Washington.

Georgetown jumps back into the top four at No. 4 following a dominating week on the field. The Hoyas topped American 1-0 and then thrashed Seton Hall 8-0 in conference play. Senior Steve Neumann got back on the scoring trail with a three-goal performance against the hapless Pirates.

The Bruins round out the top-heavy Pac-12 dominance in the TopDrawerSoccer.com Top 25 this week. UCLA returned to action on Saturday with a 2-1 win over San Diego State. The Bruins had been on break since September 26, which in college soccer’s abbreviated season is a lengthy time without a game. The delay did seem to affect the Bruins out of the gate, but Victor Chavez’s timely strike lifted UCLA to victory.

Outside of the top five, Michigan State made the biggest jump following wins over UIC and Northwestern. The win over the Cats came in the final seconds of double overtime thanks to senior Adam Montague. Since the loss to Valparaiso on September 8, the Spartans have gone six games unbeaten with four of those fixtures on the road.

Like Georgetown, Maryland continues to climb back up the rankings following a rocky start to the season. The Terps stretched their unbeaten run to six games over the week with a 2-1 win over Boston College on Friday. Freshman goalkeeper Zackary Steffen came up with the huge save late to secure the full points at home. Maryland will face a big challenge on Tuesday with a game against the experience, organized Notre Dame.