Men’s Weekend Preview: All on the line 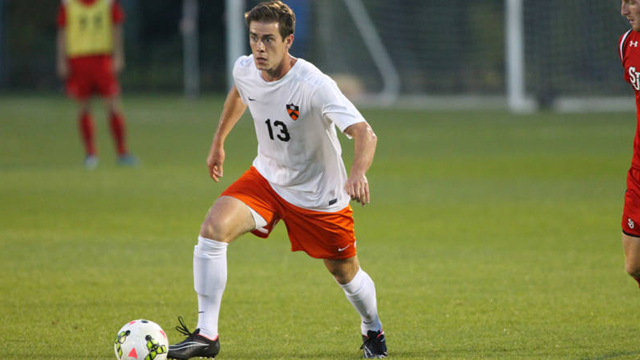 The men’s college soccer season can be over in the blink of an eye. Heading into the final weekend before the NCAA Tournament, there are many teams hoping to keep that dream of playing another week alive.

There are conference tournament games as well as conferences without tournaments closing out the regular season with a bang. San Diego Toreros are in the NCAA Tournament via the West Coast Conference’s automatic bid, who will join them?

The Pac-12 title will be decided on Sunday when all of the teams play their final regular season games. The reason that the Pacific Northwest derby earns special mention is for Oregon State’s stake. The Beavers don’t have a shot at the title, but they do have a shot at the NCAA Tournament. With an RPI of 37 entering the week, Oregon State is firmly on the bubble. A win would be huge for the Beavers’ chances of making the tournament and putting five of the six Pac-12 teams in the tourney. It’s easier said than done though. The Beavers are a putrid 2-5 on the road this season while Washington sits at 6-2. Star sophomore Cristian Roldan still is not over that questionable red card from their first meeting so expect him to have a big game on Sunday in Seattle.

This game will be played at PPL Park in Chester, Pennsylvania as the semifinal round of the Big East Tournament. Georgetown recently beat Xavier 1-0 in an overtime game at Shaw Field. Georgetown needs to win the Big East Tournament to nab a top four seed and lock down the home-field advantage in the NCAA Tournament. This is an important game for Xavier in terms of earning a seed in the NCAA Tournament. Xavier boosts one of the best defenses in the nation over the past two months. The Musketeers gave up nine goals through their first three games. Since then, Xavier has only let in five goals in 15 games. Georgetown has a good idea of how hard it is to break down Xavier only managing two shots on goal in 95 minutes played last month in the first meeting of the season.

Maryland is at home, on a ridiculous winning streak, and playing in a tournament game. That’s the formula for a heavy favorite. However, Michigan State is no pushover and this is an enticing rematch after Michigan State stole all three points from the first meeting this season. The question for the Spartans is which team will show up on Friday. The Spartans can look great at times (Penn State victory on Sunday) or very average (the loss to Michigan two weeks ago). Michigan State goalkeeper Zach Bennett is the key piece in this matchup. He will be called on to make a few key saves.

Tulsa is the highest ranked team in the American Athletic Conference in the RPI and Tulsa only sits at No. 40, which likely won’t be good enough for an at-large bid. That means the semifinal and final of the AAC Tournament is the start of the win or go home season for these four teams, which is a bit of a surprise. SMU has a very good record, but the strength of schedule has not been favorable. The young Mustangs trounced Tulsa 4-2 in the first meeting this season. Can they do it twice and keep the dream of an NCAA Tournament berth alive?

The most fascinating league title (beside the Pac-12) is in the Ivy League. There are three teams in contention for the automatic berth, but it looks likely to come down to either Princeton or Dartmouth. Dartmouth beat Princeton 2-1 in overtime in October, which means a win for Dartmouth would earn them the spot in the tournament. There are more complicated outcomes as well if there are draws and a possibility for Harvard to sneak into the picture too. It should be a fun finish on Saturday in the Ivy.