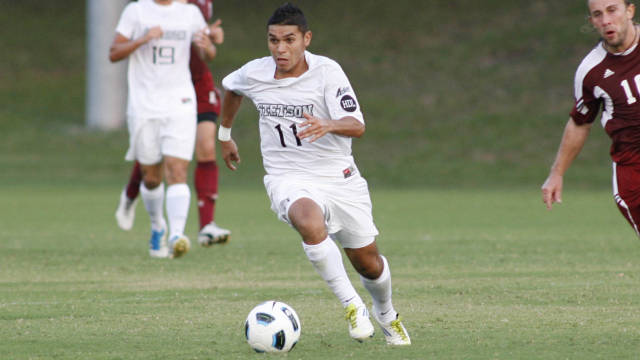 Here’s a look at some of the top performances from seniors and potential Generation adidas candidates over the past week:

MF Carlos Alvarez, Connecticut: Had the game-tying goal against Boston University on Sunday. It was a pretty ordinary weekend for the captain of UCONN.

F Will Bates, Virginia: The highly-rated forward came off the bench and scored the winner against Duke last week. He followed that up with a Tuesday night hat trick against Mount St. Mary’s(m) where he was making his first start.

GK James Belshaw, Duke: The netminder got his first shutout of the 2012 season as the Blue Devils blanked Georgia State 3-0. This came on Tuesday after a weekend loss to Virginia

F Ashton Bennett, Coastal Carolina: Four goals and two assists in his first six games - not much drop off for Bennett from last year’s tally.

MF Jack Bennett, St. John’s(m): The strong team and individual start to the season continued for the tenacious midfielder. He bagged a goal in a win over William & Mary as the Red Storm look ahead to a trip to Akron.

D Greg Cochrane, Louisville: The left back continues to provide stability at the back, and even scored a goal in each of the last two games, as the Cardinals beat Army 3-0 and Wake Forest 3-2.

MF Machael David, UC Santa Barbara: Sat out UCSB’s 2-1 win over Valparaiso with a minor injury that should not keep him out for long.

MF Paolo DelPiccolo, Louisville: In the starting lineup in central midfield over the last two games as Louisville won two games in a row.

F Ryan Finley, Notre Dame: Up to four goals and one assist in five appearances off the bench. Showed he can still be effective against MLS-caliber players with his play on Sunday against Akron.

MF Jose Gomez, Creighton: Gomez’s offensive output will pick up with Bruno Castro back in the lineup for the Jays.

D Brock Granger, Louisville: The reliable right back started both of Louisville’s games over the past week.

MF Ryan Hollingshead, UCLA: The winger was shut out in both of the Bruins games this weekend. 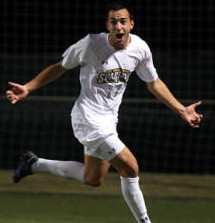 F Hakan Ilhan, UNC Greensboro: The 25-year-old senior is a bit of a longshot to make an MLS roster mainly due to his age and German citizenship, but he has been incredibly productive at the collegiate level. Ilhan is already up to four goals and one assist this season.

D Taylor Kemp, Maryland: His preseason injury problems appear to be firmly planted in the past, as Kemp was a starter in both of the last two games over the past week, as the Terps conceded just one goal over those pair of games.

D Kory Kindle, CSU Bakersfield: Put in his normal shift at right back in the 1-1 draw against Saint Mary’s and then the 2-1 win over Fullerton(m).

M Jonathan Mendoza, Stetson: The Hatters finally picked up their first win over the season and Mendoza was a big part of the build up play for the second goal of the 2-0 win over Jacksonville.

M Fernando Monge, UCLA: Scored a goal against UC Irvine on Sunday in a 2-1 win for the Bruins. Monge is versatile (and tough) enough to make an MLS roster.

D Jimmy Nealis, Georgetown: Started at his normal left back spot as the Hoyas took to the road and picked up a win and a draw to secure the best start in program history.

GK Michael O’Keeffe, Fairfield: Kept a second clean sheet of the season in goal for Fairfield in a 1-0 defeat of Yale.

MF Leston Paul, South Florida: The midfielder scored a goal and had an assist in South Florida’s 2-1 defeat of Iona(m). This after the team suffered its first loss of the season against South Carolina last Thursday.

MF Dillon Powers, Notre Dame: His Fighting Irish side remained undefeated and Powers was present throughout both of Notre Dame’s wins last weekend, adding a goal from free kick in a 3-2 defeat of Akron.

MF Andrew Ribeiro, Creighton: The utility player for the Jays put in another strong shift for the games in the two victories over the weekend.

MF Nik Robson, New Mexico: Only logged 54 minutes in the 2-0 win over UAB, but he did score from the run of play. Playing time is going to be hard to come by in the Lobos midfield, but Robson has been effective.

F Devon Sandoval, New Mexico: He was shutout in the Lobos win over UAB and only had one shot in 76 minutes of play, but he was adjusting to new pieces on the field with fellow senior and MLS prospect Blake Smith out for the game.

D Eric Schoenle, West Virginia: The center back started, played 90 minutes and scored a goal in WVU’s defeat of Oakland 4-2.

MF John Stertzer, Maryland: The midfielder started both of Maryland’s games over the past week, a 4-0 win over Boston College and a 3-1 defeat of UMBC.

F Chris Thomas, Elon: The 2010 Southern Conference Player of the Year is back to his normal goal-scoring self. Thomas leads the nation in points per game with six goals and two assists in his first four games.

F Paul Wyatt, James Madison: A nine day layoff before facing North Carolina proved to be a huge help as the Dukes upended the #1 team in the country 1-0 on Tuesday. Wyatt started and played 90 minutes.