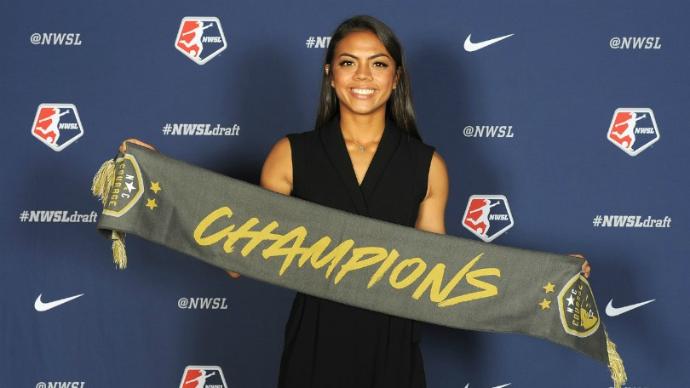 Despite Monday’s news that a round of positive coronavirus tests meant that the Orlando Pride would drop out of the 2019 NWSL Challenge Cup, the competition remains a go with eight teams set to contest the field.

It’s a vastly different prospect to what everyone thought the 2020 season would look like, but that sentiment can be transferred to basically any part of life at the moment.

With the Challenge Cup set to go ahead, it offers the opportunity for players from the 2019 college season to get their first taste of pro soccer. Below are the first-year pros from the college ranks traveling to Utah.

Along with that, a pair of former Eclipse Select players that just finished school in Cassie Rohan (Drake) and Zoe Redei (North Carolina) signed for the tournament.

Former North Carolina defender/forward Bridgette Andrzejewski is the lone college draftee to stick with the Dash’s roster for the Challenge Cup. The team did sign Amanda Dennis (Penn State) after her final season in State College.

Entering as one of the favorites, the Courage have added three draft picks for the 2020 season. Texas A&M’s Ally Watt could be the most likely to play, injecting an attacking option from the bench. Addisyn Merrick (Kansas), signed a one-year contract earlier in the month, while fellow 2020 draftee Sinclaire Miramontez inked a short-term deal as well.

The new-look Reign have dug deep and signed a handful of players that played in the NCAAs last fall. First-round selection Kelcie Hedge makes the jump from Santa Clara.

Having traded up for the first two picks in the draft, the Thorns signed the top two overall picks Sophia Smith (Stanford) and Morgan Weaver (Washington State) to multi-year deals. The pair should receive at least some playing time in the next month.

Former South Florida scoring ace Evelyne Viens gets her first shot at pro opposition and could be in line for minutes with Mal Pugh and Carly Lloyd missing the tournament due to injury.

Standout performers from the 2019 season to sign with Sky Blue include Kaleigh Riehl, one of the best defenders in the nation at Penn State, Virginia Tech goalkeeper Mandy McGlynn and former Rutgers defender Chantelle Swaby.

Local product Holly Daugirda has joined the team on a short-term deal after finishing up her career last fall at Utah.

They aren’t the only ones from the 2019 college season making the trip. Arkansas goalkeeper Katie Lund and Virginia striker Meghan McCool were also signed by the Spirit.