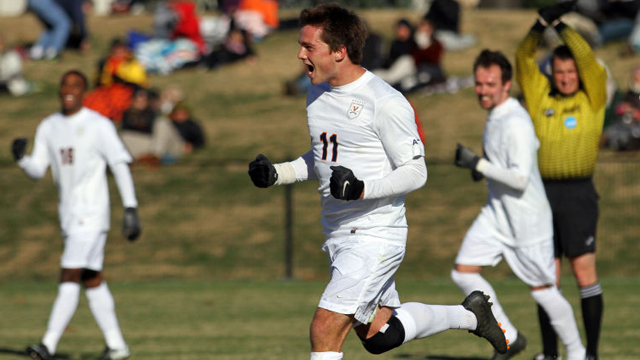 College soccer has long been a testing ground for players looking to reach the next level, for coaches trying to prove their worth on a larger scale, and for the integration of new technology to the game.

With the recent rise in awareness about concussions, Santa Barbara City College, Princeton, and other teams have shepherded in new programs to help identify the occurrence of concussions for players, as well as track the amount of hits to the head during games and practices.

While certain programs focus on the head, Cal Poly Pomona has been keeping an eye on the heart this season. The Broncos are 15-1-1 on the season and enjoying one of the best campaigns in school history.

While much of the success on the field is a result of head coach Yossi Raz’s second season in charge, the Broncos use of heart monitors has also been a key factor in the achievements of the team.

“We aspire to be the best program possible,” Raz told TopDrawerSoccer about the use of the monitors. “[The monitors] compliment the players’ training so they can perform best in a game.”

Heart-rate monitors have been around for a long time in sports and especially in soccer. Most major programs use them in some way or another and the technology is beginning to trickle down to club soccer teams.

As the popularity of monitors has grown, more people have become familiar with the technology, which has helped push forward the data and usefulness that it can provide.

“I believe that heart rate is the most accurate measure of exercise intensity,” Parr said. “It is the effective tactical of reaching performance goals.”

Raz is singing the praises of the technology for his team this season.

“I think it is great so far,” he said. “I’m not jinxing it. We’ve yet to suffer muscle injuries. It takes more than [just the monitors] though. It’s part of an ecosystem. It’s a complimentary tool for them to be able to use: heart rate monitors, nutrition supplements, proper training, recovery, etc.”

Raz said that he is looking forward to continuing the relationship with Parr as he learns more about the technology, which he believes will only help with his decisions as a coach moving forward.

The medical advancements are not the only field that college soccer is relying on to help advance the game. Virginia is pioneering the use of advanced analytics and statistics thanks to operations assistant Oliver Gage.

Gage, by his own omission, is on an uncharted path. While some colleges chart pass completions, possession, and other statistics, Gage is taking a professional approach to the numbers he presents to the players and other coaches at Virginia.

“When I sat down with [Virginia head coach] George Gelnovatch, I had a vision of what I wanted to do,” Gage said. “It was to model a college program after an English club.”

Through his work with Sheffield Wednesday, Gage built relationships and learned his craft to the level of an expert. He now works closely with the guys at ProZone, which puts Virginia roughly at the same level as most MLS teams.

Gelnovatch added Gage to the staff as the operations assistant midway through the 2013 season.

“It is hard to come in with all guns blazing,” Gage said about introducing the analysis to the players and coaches. “I think you have to be here for a little bit of time and build people’s trust little by little. You have to almost use the numbers to back up what they thought. Once the coaches buy into it, then you can start presenting them with things.”

Following nearly a year in the position, Gage is becoming more comfortable with what he can share with the players and coaches.

“The guys love it,” he said. “After every game, I print off a report with key points like passing percentages and I start benchmarking them. They really enjoy it and start going further into it.”

There is a considerable amount of information that Gage presents to both players and coaches. Among a sliver of the data that he uses is a program called SportsCode, which allows him to chart the game as it occurs and help make adjustments.

Gage wrote on his blog about how he used the technology and the numbers last season to help midfielder Todd Wharton at halftime of a game.

“It completely changed the way he played in the second half,” Gage said. “There is a couple of people who do that, but it is very generic. We have a former soccer player [looking at and analyzing the numbers]. It is a real edge.”

While Gage and Virginia are well ahead of the curve, they aren’t satisfied. Gage continues the push to stay at the forefront. This season, Gage is helping put together draft profiles for the seniors at Virginia.

“I am preparing a statistical profile for their key tendencies,” Gage said. “For example with [senior midfielder] Eric Bird, we are building a package that he send away to clubs to show that his numbers are like Tim Cahill. He definitely has a different level of analysis than other prospective players.”

Gage is now folded into the fabric of Virginia, and while he is not allowed to coach due to NCAA rules limiting the amount of coaches on a staff, his input is clear in the way the Cavaliers approach training and games.

Given Virginia’s success, it is realistic to assume that other programs will follow suit. Gage says he is happy to assist coaches in heading in the right direction with what he does and how it translates to the game.

“When coaches come to me, I am happy to point them in the right direction,” Gage said. “It is such a new industry. No one keeps their work to themselves. I would be nowhere near the analyst I am now without the help of others. I am happy to help.”