Players to watch for the U.S. U20 WNT 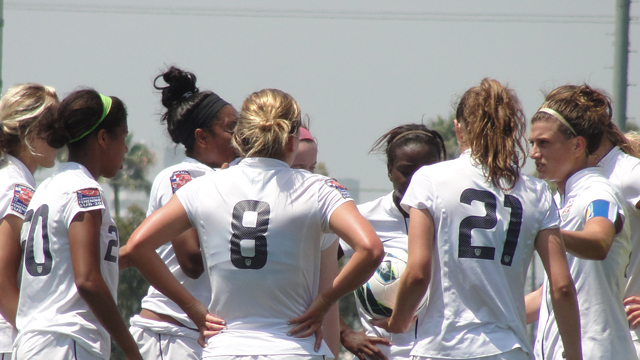 The U.S. U20 Women’s National Team is only a couple of weeks away from one of the most important events on the calendar, the CONCACAF Championships. Head coach Michelle French released her 20-player roster earlier this week with eyes on qualifying for the World Cup and repeating as champions in 2014.

The U.S. kicks off the qualifying event on January 9 in the Cayman Islands against Costa Rica. Guatemala and Jamaica make up the other two teams in the bracket. Check back on TDS next week for an in-depth preview of the event.

For now, here is a break down of a handful of the stars of the U.S. team who should shine in the Cayman in January.