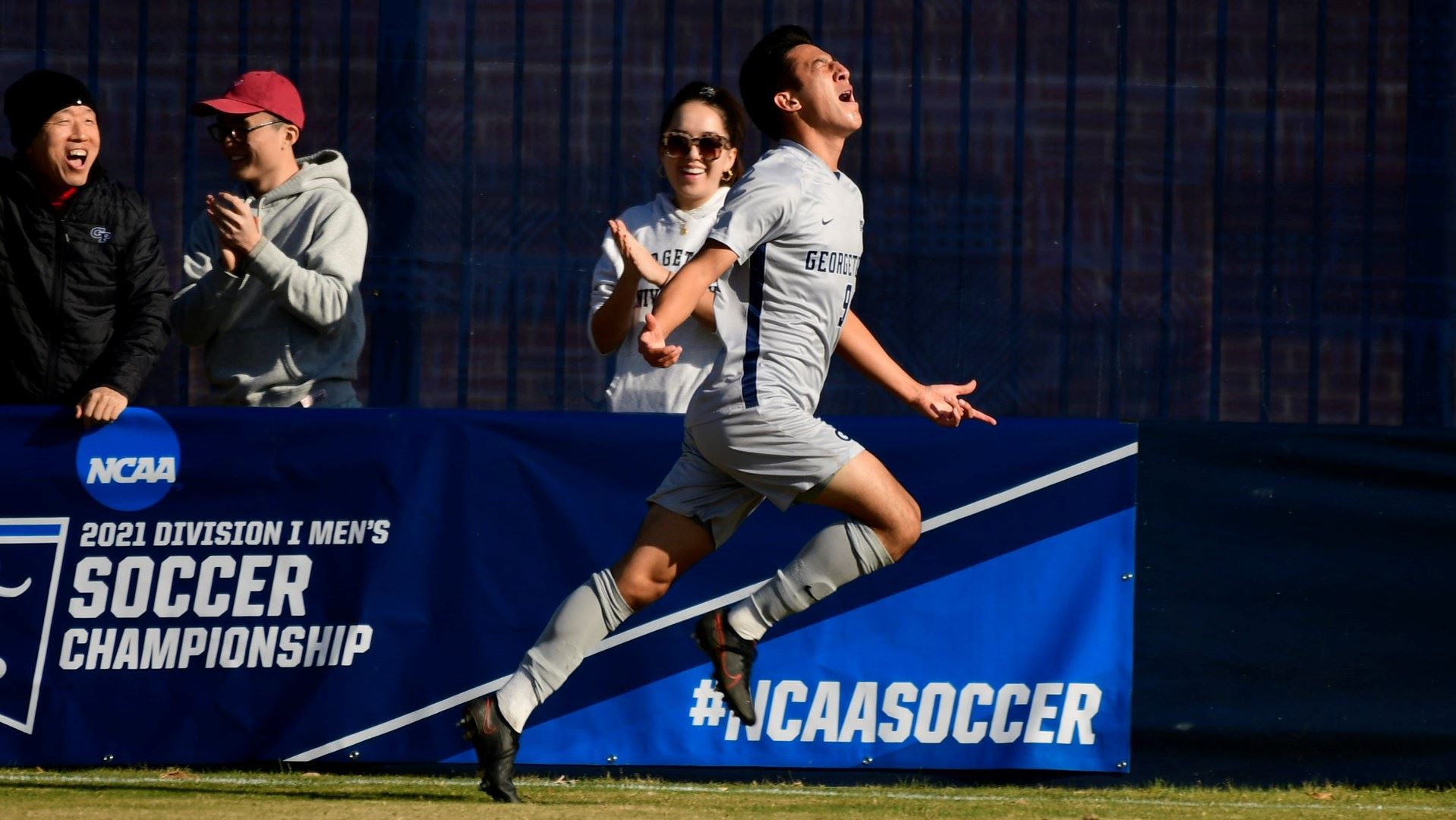 Eight teams are left in the men's Division I soccer tournament after another weekend of high-quality action around the country.

All eight programs still compete for a spot at the College Cups are among the seeded sides, including the top five teams.

Recap some of the action from the weekend.

Heading on the road to face an ACC side, Atlantic 10 champions Saint Louis held their nerve on the way to a 4-3 victory in Durham.

Mason Leeth put the away side up by a 1-0 score in the 18th minute, the long goal of the first half. Thor Ulfarsson started the second half scoring spree, tying the game at 1-1. But the Billikens were lethal on the break, as goals from John Klein (57th minute) and Simon Becher (63rd minute) put SLU up by two goals.

Duke tied it again with a quickfire double, as Nick Pariano and Jai Bean restored parity in the 73rd and 76th minute respectively. An own goal in the 79th minute from a corner kick put SLU up for good by a 4-3 score.

A trip to Washington next weekend is up next for SLU after the Huskies defeated Indiana by a 3-2 score in overtime. Victor Bezerra and Dylan Teves exchanged penalty kicks on either side of the half, as both teams looked capable of scoring. A Spencer Glass goal in the 52nd minute found a way past UW goalkeeper Sam Fowler to put the visitors up again. Teves struck again on a 75th minute header, and got his hat trick with the winner from distance in the first overtime.

Notre Dame will need to beat an ACC opponent in a second straight game to return to the College Cup for the first time since winning the national championship in 2013. The Irish bested Wake Forest by a 2-0 score on Sunday night, putting forth another solid defensive shift on the way to a home win.

The Irish host Pittsburgh, after the Panthers pulled away from a very good Hofstra side on Saturday. The Pride had a couple of early chances to get the game's first goal, but their misses would prove costly when Filip Mirkovic blasted the game's first goal in the 40th minute from outside the penalty area.

Raphael Crivello scored twice and Bertin Jacquesson added another as Pitt pulled away as 4-0 winners.

After Dante Polvara's goal from a set piece put the hosts up 1-0 at the half (from a Tabora assist), the sophomore striker scored three times in a 12-minute stretch in the second half to put the game away. Up next is a matchup with West Virginia, which went to Tulsa and picked up a 1-0 win in overtime.

It was a hat trick for Marlon Tabora at Shaw as the #Hoyas advanced to the #NCAASoccer quarterfinals!#HOYASAXA #BEfutbol pic.twitter.com/thpCHSDTdw

No. 1 seed Oregon State remains in the hunt for a College Cup spot after seeing off New Hampshire in the final game of the third round. Mouhameth Thiam's goal in the 10th minute was enough, as the Pac-12 champs made a one-goal lead stand up.

Clemson is the next side to visit Corvallis, after an Alvaro Gomez goal in the 88th minute secured a 2-1 victory against Kentucky.