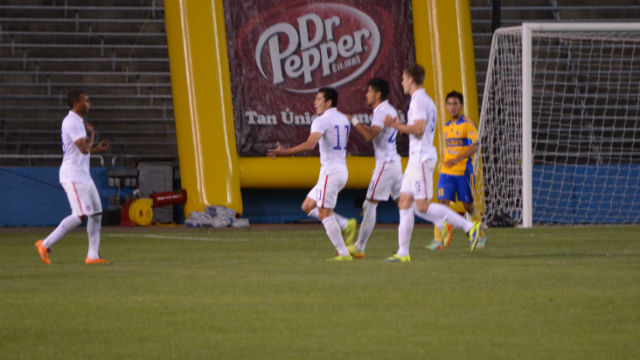 DALLAS - Rubio Rubin looked right at home as a right winger for the United States’ U20s as the Dr Pepper Dallas Cup opened four days ago – hardly a surprise, as the gifted young American has trained with FC Utrecht in the Netherlands since last summer.

The denizens of Dutch soccer, of course, work in “4-3-3” the way Dutch painter Vincent van Gogh worked in bold colors, hence Ruben’s familiarity with the role – the “No. 7” in wing-play parlance.

But he looked equally adept in more central areas Wednesday as a striker in a 4-4-2 alignment that manager Tab Ramos deployed, a diamond midfield behind Rubin and fellow frontrunner Ben Spencer. Rubin’s goal just before the break Wednesday was the highlight of a 1-0 win over Tigres, clearly the moment that mattered as the U.S. U20s now march into this weekend’s semifinals with three wins in three matches.