U20 MNT advances to semis at Dallas Cup 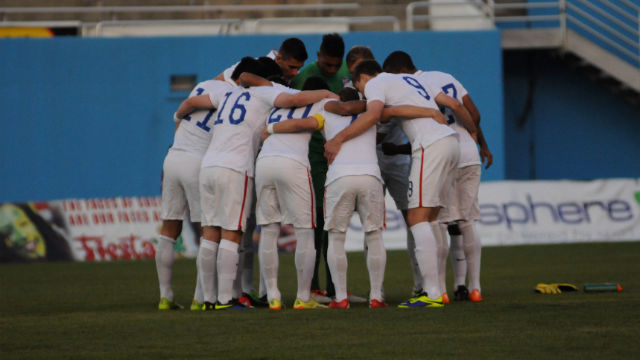 DALLAS — The first steps of the first step toward another FIFA U20 World Cup have been navigated effectively for the newest version of Tab Ramos’ U.S. U20 Men's National Team. 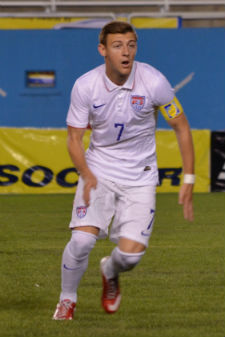 Wednesday’s victory was the clincher as the Americans claimed top spot in Group C of the Gordon Jago Super Group. Ramos’ team, in fact, was one of just two (out of 12) that finished the opening round undefeated. This is actually an U19 version of the United States, not just in accordance with tournament rules, but also an early version of the U20 team Ramos could be taking to next year’s world championships in New Zealand.

Rubin, now officially signed with FC Utrecht in the Netherlands, provided the breakthrough after something of a languid first half for both teams. Moving out of the U.S. side’s preferred 4-3-3 and into a 4-4-2, mostly a concession to Tigres’ speed on the flanks, Ramos said, the United States was pressed for rhythm or sustained possession before Rubin’s goal.

“To be honest I expected just a little more from the team tonight,” Ramos said. “Not happy overall, I didn’t think we had enough possession for my liking. … But we earned the right to play another important game, which for me, at this part of the cycle is just great.”

Fluminense posted first-round tournament wins over the LA Galaxy and Belgium’s Anderlecht in addition to a 1-1 draw with Chivas.

Even before Wednesday’s kickoff at the historic Cotton Bowl – the 85-year-old ground in the shadow of downtown Dallas and the site of a famous Brazilian win over Holland in the 1994 World Cup quarter finals – Ramos had used all 20 of his available players. Squeezing the entire roster is an absolute necessity at the Dallas Cup, where a team advancing into Sunday’s final will play five matches over just eight days.

Aside from a couple of headers of marginal threat, the United States generated precious few scoring opportunities in the first 45 before Rubin’s second goal of the tournament. Still, that was more than Tigres could muster. The Monterrey team’s best chance over the first hour came when goalkeeper Zack Steffen was whistled for delay with the ball in his hand – yes, delay. The seven-man U.S. wall snuffed out the Mexican’s indirect free kick from 16 yards, however.

Rubin and fellow forward Ben Spencer, who scored twice in the U.S. tournament- opening squeaker over River Plate, were busy as target outlets for an American team that missed Kellyn Acosta and couldn’t pass through Tigres’ midfield.

“One of the things Tigres did really well in its first matches was pressure the back,” Ramos said. “They let you play out of the back and then they pressure you. We didn’t want to get stuck with the ball. We told our center backs that we want to play out of the back, but if the pressure comes then lay it over the top, because we have two guys up there that can handle that.”

Romain Gall’s high shot from 15 yards and Amando Moreno’s effort from the near the same spot, his saved well, provided the best U.S. chances after the break.