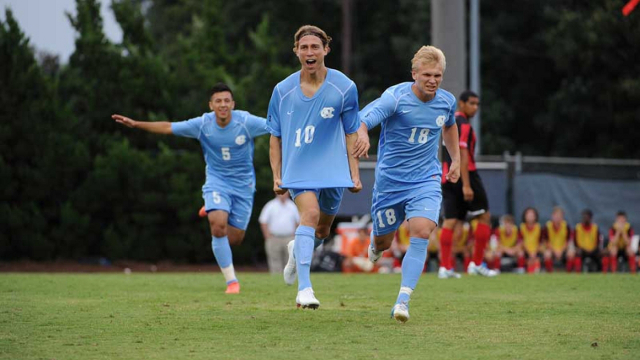 A season-opening shutout win keeps North Carolina atop the TopDrawerSoccer.com Tournament 48 National Ranking this week. The Tar Heels are listed ahead of fellow winners Connecticut, Maryland and Akron in the latest update of the ranking.

Meanwhile, Eriq Zavaleta of Indiana is our TopDrawerSoccer.com Men’s College Player of the Week after he scored 3 goals to help the Hoosiers defeat Saint Louis and Cincinnati to open their season.

The honor, along with the 11-player Team of the Week, is awarded each week after a review of match reports through DI Men’s Soccer.  Zavaleta scored in the team’s 2-1 victory over Saint Louis, and then twice in Sunday’s 3-0 defeat of Cincinnati.

D/M: Eric Pothast, Marquette – Played 180 minutes and scored a winning goal as Marquette opened the season with a pair of wins over in-state rivals.

M: Leon Carby, High Point – Scored a goal and added an assist in a 4-2 win over Elon.

F: Eriq Zavaleta, Indiana – Scored 3 goals overall in a pair of wins for the Hoosiers.