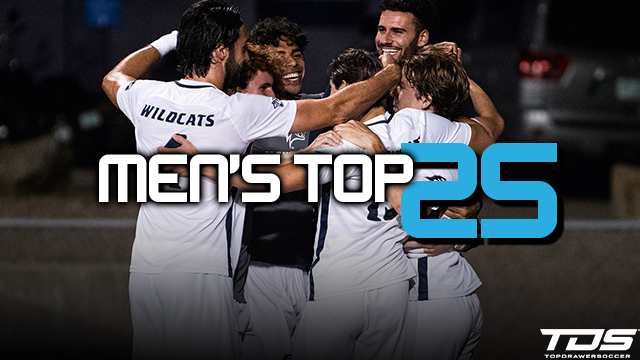 While the top three is unchanged in the latest men's Division I Top 25 rankings update, there are still a flurry of changes this week.

Georgetown won a difficult road game to maintain No. 1, seeing off a challenge at Creighton. Clemson continued to look dominant in ACC play, while Washington continued to cruise and sit at No. 3.

But with a host of Top 25 teams defeated, things look different. Indiana and Akron both lost, the former coming up short in the Big Ten opener against Rutgers (now in the rankings).

Perfect starters New Hampshire and Tulsa now round out the top five, slotting in ahead of several Power 5 programs.

Among the newcomers to the rankings is San Diego State, which won its first two Pac-12 games last week, defeating California and Stanford at home.

Check out the full rankings update.