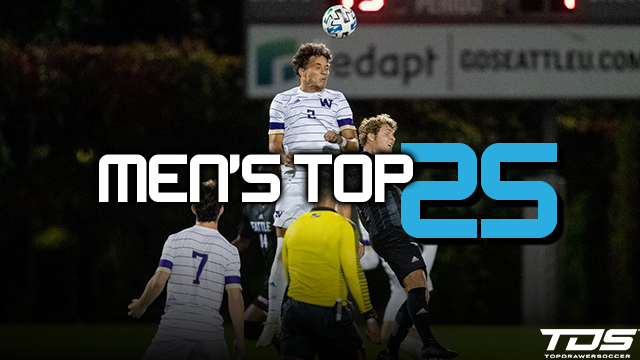 It was another wild week of action in Division I men's soccer.

The frenetic nature of this year's ACC continued, with a handful of Top 25 teams suffering setbacks.

Clemson fell twice in the past week, losing 3-1 against a very good UNC Greensboro squad. They also lost by a 2-0 score at home against Pittsburgh.

A perfect start to the season continued for the Washington Huskies, which defeated a pair of Pacific Northwest foes in Seattle and Portland. Head coach Jamie Clark's side looks like the top side out west at the moment.

New Hampshire and Tulsa were joined in the top 5 by Loyola Marymount, with SMU and Marshall lurking.

Check out the latest men's Division I Top 25 rankings.