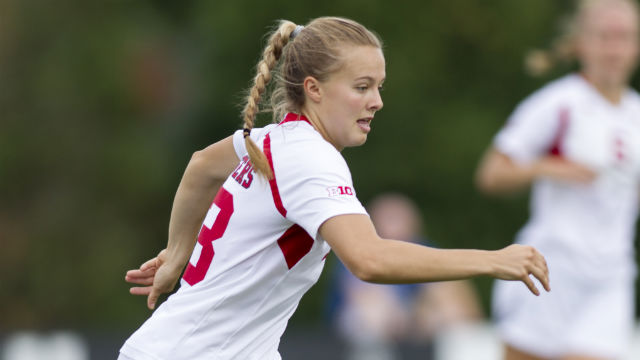 Could this be the year of the Badger?

A team that possesses a dangerous blend of youth and experience, Wisconsin shot up this week’s rankings after extending their winning streak to six games on the year.

Playing a big part of last weekend’s success is this week’s TopDrawerSoccer.com Player of the Week, Wisconsin midfielder Kinley McNicoll. The Canadian youth international scored once and had two assist in a 4-0 defeat of Washington Friday night, and followed that up with a goal in a 3-0 win against Portland on Sunday. 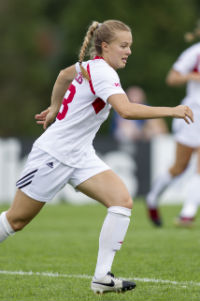 Team of the Week nominations can be submitted to college@topdrawersoccer.com every Monday for consideration.

GK Kaela Little, Notre Dame: It was a much-needed unbeaten swing west for the Irish, which claimed a 2-0 win against Santa Clara and a 0-0 draw against Stanford. Playing a pivotal role in Sunday’s draw was Little, who made seven saves across both matches, including six against the Cardinal.

D Allie Sirna, Tennessee: Sirna anchored a Tennessee defense and helped the Volunteers post shutout wins over Western Kentucky and Tulsa this past week, the first time in nearly a year the program picked up back-to-back clean sheets.

D Sara Tosti, Arizona State: Helped to back stop a defensive effort that saw the Sun Devils upset Texas A&M 2-1 and blank Oklahoma 2-0 over the weekend. Tosti played all 180 minutes in the two victories.

D Brianna Stelzer, Wisconsin: Led a Badger defense to back-to-back shutouts, playing all but six minutes in two wins out West. Capped it off by scoring her first goal of the season in a 4-0 win against Washington.

M Kelly Cobb, Duke: One of Duke’s most experienced players, Cobb scored three goals across two games, including the game-winning tally in a 3-0 win against Arkansas on Friday. She followed that up with a tally in a 4-3 loss to Penn State.

M Sarah Killion, UCLA: In just 45 minutes on Friday night, Killion scored a goal and assisted twice in a 6-1 win against Hawaii. Afforded the rest before a big matchup against Pepperdine, Killion was once again a huge factor, scoring a second half insurance goal that put the game away. Named MVP of the Hawaii tournament at the end of the weekend.

M Kinley McNicoll, Wisconsin: A key part to the Badgers’ early-season surge in the final third, McNicoll’s role in the midfield has also helped the team’s defense, which has just conceding one goal in 2014.

M Pamela Begič, Florida: With Savannah Jordan the obvious threat for the Gators in its top 10 tilt against FSU on Friday night, it was actually Begic who stepped up and delivered. Her goal and assist ushered in a 2-1 win against the ACC side.

M Emily Hurd, Penn State: While the Nittany Lions couldn’t crack the North Carolina back line in a 1-0 overtime loss on Friday, Hurd made sure that Penn State kept up with Duke’s offense on Sunday, scoring a goal and adding two assists in a 4-3 win.

F Hayley Dowd, Boston College: Playing three games away from home Wednesday through Sunday, Dowd tallied a goal in all three games, all victories for the Eagles. So far, the sophomore has helped the ACC program cope with the loss of forward McKenzie Meehan to a season ending injury.

F Tabby Tindell, Florida Gulf Coast(w): A program that continues to find results against non-conference opposition, Tindell played a big role in FGCU’s undefeated week, tallying game winning goals against Florida International and Murray State. In total, she scored three tallies while adding an assist. There’s no sophomore slump for her so far.