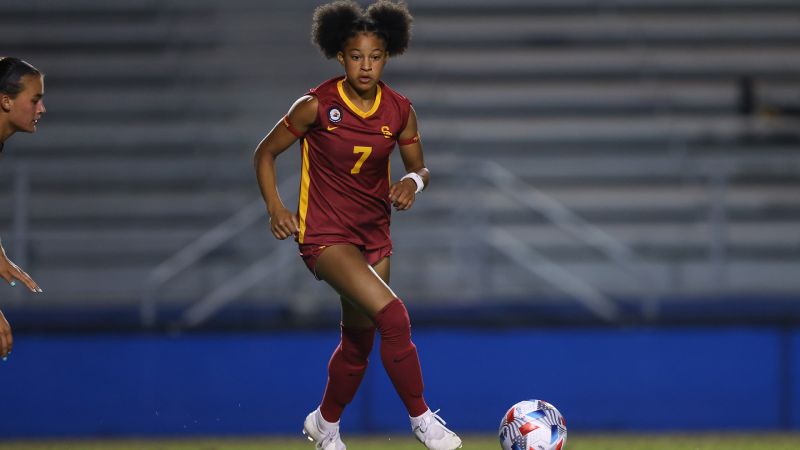 With preseason tune ups out of the way and rosters fully formed, the 2022 women’s college soccer season is set to begin. This year, week one appears to be particularly exciting. The reigning national champions are matched up against a top 15 opponent. One of the deepest teams in the country will test itself against the SEC’s best. And a new look Big Ten power is clashing with one of the nation’s best defenses.

Here’s a look at five games to watch in week one of the women’s college soccer season.

No. 1 Florida State at No. 14 South Carolina, 7 p.m. (SEC Network)
Brian Pensky’s first match at the helm for Florida State is a tough one. South Carolina made an NCAA quarterfinal appearance in 2021, keeping three clean sheets before falling to BYU. 22 players return from that team, while 12 newcomers will bolster it. Pensky, meanwhile, will have the challenge of assembling a national championship winning side in his own vision. Figuring that out while playing away at a ranked opponent is a tough prospect — and should make for an interesting matchup.

No. 3 Tennessee at No. 8 North Carolina, 7 p.m. (ACC Network Extra)
The Tar Heels will be shorthanded heading into the season opener, having sent two players to the U20 World Cup. Tennessee, meanwhile, faces the challenge of heading into the season with a new head coach — and has also sent a player to Costa Rica with the YNT. It’s a historically poor matchup for the Vols; they’ve never beaten the Tar Heels.

No. 13 Georgetown at No. 7 Penn State, 7 p.m. (BTN+)
Penn State has brought in a wealth of talent for the 2022 season. The highlight, though, is reigning Pac 12 Forward of the Year Penelope Hocking. She’s among the best goalscorers in the nation and will be a handful for any defense. Georgetown, meanwhile, has the Big East goalkeeper and defensive player of the year in its ranks.

No. 18 USC at Purdue, 7 p.m. (BTN)
USC’s first game under new head coach Jane Alukonis is a tough one. Purdue is coming off one of the most successful seasons in program history, and is always hard to beat at home. The Trojans’ star midfielder Croix Bethune can take over any game, though. And getting her on the ball will be key.

Mississippi vs No. 25 Memphis, 7 p.m. (SEC Network+)
Ole Miss looks far different from last year — three of its best goalscorers have gone. But the defense has stayed intact, with reigning SEC Goalkeeper of the Year Ashley Orkus returning. Memphis returns a solid group and might prove a tricky matchup.