The first weekend of October had a number of noteworthy games including a big upset in the SEC, an unexpected program taking the lead in the Big West, and a freshman making a massive difference in a WCC clash.

The #19 Florida Gators (10-3-1) went into College Station on Sunday with the hope of knocking off the #8 Aggies of Texas A&M (12-2-1). The Aggies had an 18-game home winning streak entering the match, but the Gators snapped that run in a 2-1 victory behind goals from Jo Dragotta and Adriana Leon.

Florida remains at the top of the SEC Eastern Division with a 7-1-0 record in conference play. The #25 Missouri (12-2-0) Tigers share the spoils at the front of the division with the same record from conference games.

Despite the loss, Texas A&M retains its first place in the SEC Western Division with a 6-1-1 record. 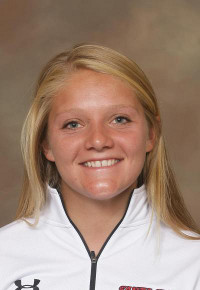 Stanford and UCLA on Collision Course

There are two immovable forces quickly heading toward each other in the Pacific 12 Conference.

The #2 Stanford Cardinal (11-1-1) survived a road trip through Colorado and Utah last week with two wins to move to 5-0-0 in conference play.

While there are a number of good teams in the Pac-12, this season is all setting up for the showdown between the Bruins and Cardinal on October 28 at Drake Stadium. The calendar is already marked.

Freshmen Elise Krieghoff and Sara Epps each scored two goals for #50 Cal Poly (7-5-1) on Saturday to help the Mustangs upset Long Beach State (9-5-0) 4-3 in Big West play. Epps grabbed the game-winner in double-overtime to secure a 4-0-0 start to conference action for the Central Coast program.

The last time Cal Poly won more than three games in the conference was in 2009 when the Mustangs went 7-1-1 and won the regular season conference title. Will it be a repeat in 2012?

UC Irvine and Cal State Fullerton remain only one game back with five games to play.

Andi Tostanoski saved 11 shots against #9 BYU (11-1-1) on Saturday to help #13 Santa Clara (7-2-4) escape Utah with a point from its first conference game. Play in the West Coast Conference is behind other conferences because there is no conference tournament for the WCC.

Tostanoski, a freshman, has started every game this season for the Broncos in net. Beyond the 6-1 shellacking from Stanford in the first game of the season, the rookie has only let in nine goals in 12 games.

The Broncos and Cougars trail the San Diego Toreros in conference standings in this early stage of the season. The Toreros are 2-0-0 after wins over San Francisco and Loyola Marymount. Senior defender Dani Russell had the game-winning goal in both games.

San Diego State senior forward Sarah Halverson made her way onto the TopDrawerSoccer.com Team of the Week. Halverson scored the game-winning goal in both of the Aztecs’ wins over the weekend.

They were the first two goals of the season for the supersub who has also contributed three assists this year.