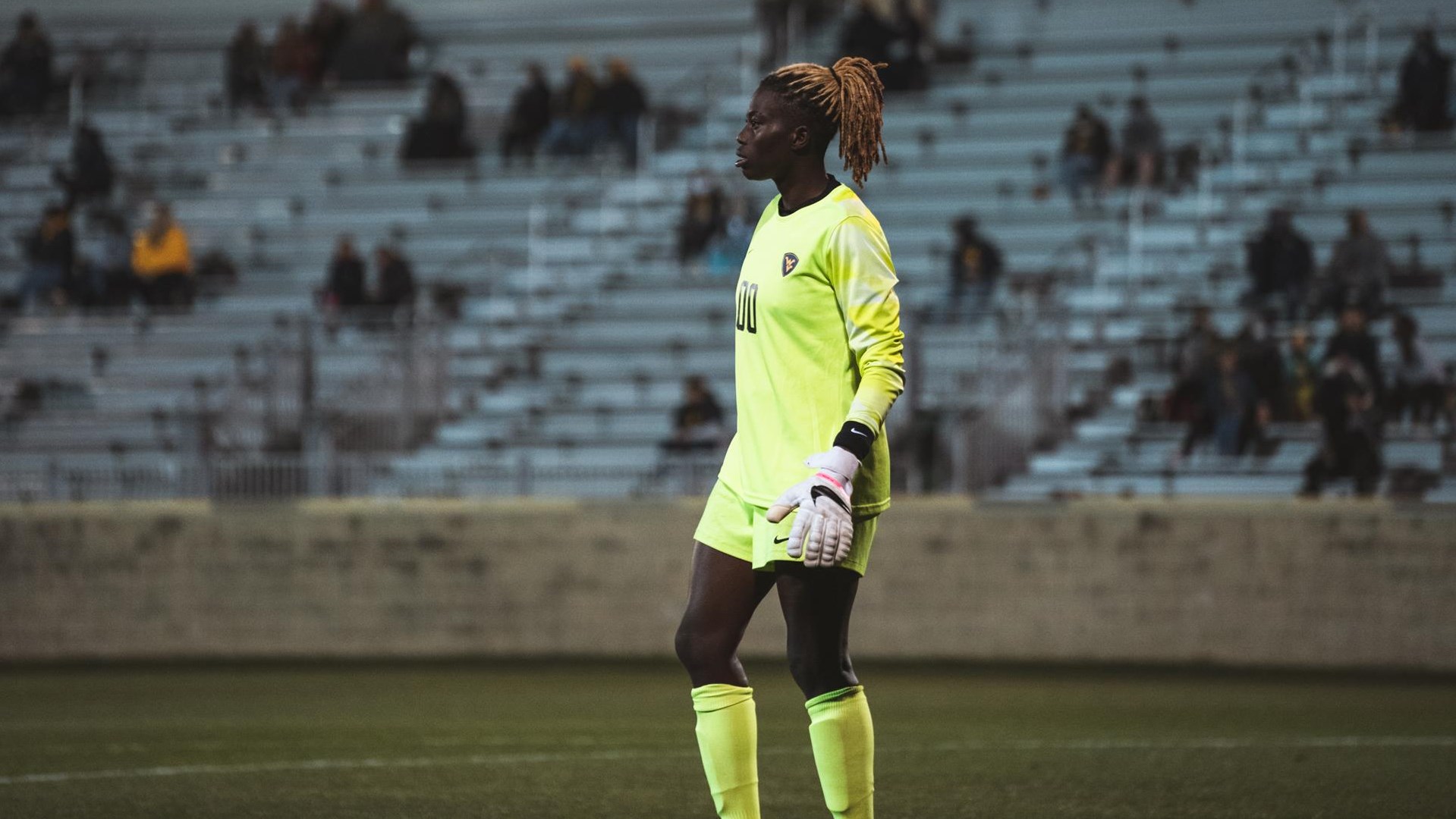 The second round of action in the women’s Division I tournament begins on Friday.

Preview all 16 matchups below. All games are hosted in North Carolina, and kick off times listed as EST.

The dream run that started in the Big Ten tournament carried over into the NCAA first round. Iowa got a set piece goal and beat Campbell at home by another 1-0 score. A win against UCLA, one of the national championship contenders, is an even bigger task. Keeping Reilyn Turner and Mia Fishel bottled up are just two of the dangerous attacking players Iowa, while winning the midfield battle against Delanie Sheehan. Freshman Meikie Ingles has the ability to give the UCLA back line trouble and give the Big Ten team a shot of an upset.

One of the most tantalizing matchups of the second round, South Florida’s ironclad defensive record will be tested by an Aggie offense led by freshman sensational Barbara Olivieri. The Aggies showed defensive shops of their own, besting TCU by a 1-0 score to wrap up the spring season. Shackling Sydny Nasello and Paula Leblic are obvious points of emphasis for the SEC side.

It’s a big step up from dominance of the Summit League to knocking off North Carolina in a tournament slated to be held in their home state. But the Pioneers can’t be overlooked, especially if Natalie Beckman, Sami Feller and Sydney Sharp adapt quickly against a strong Carolina defense. Swarming Brianna Pinto and keeping her off the score sheet has to be front and center, as the midfielder leads the team with 13 goals -- although she's been featured more as the No. 9 of late. The all-hands-on-deck approach for UNC at this point is no secret, and they’ll play deep against Denver in an effort to kick off the tournament in style.

Another potentially intriguing matchup – at least from a tactical perspective – two teams that tilt slightly towards a defensive approach square off. Megan Bornkamp’s ability to provide timely goals will be huge, and the ACC side has the edge as favorites due to their experience. Rutgers have a talented freshman squad coming through in the form of Sara Brocious and Sam Kroeger. But Amirah Ali and Nneka Moneme can give Clemson problems, while Meagan McClelland offers a safe pair of hands in goal.

After getting a 1-0 win against Colorado in Greensboro, the Jaguars eye a second straight matchup against a Power Five school. Oklahoma State are certainly formidable, offering quality and depth up and down the pitch. Shackling Olyvia Dowell and Grace Yochum is no small feat. South Alabama managed to hold on to a lead after a Tilly Wilkes goal in the 58th minute, and Brenna McPartlan will have to have a huge game to keep the Sun Belt champs going.

The impressive season for Washington continued in North Carolina, seeing off Liberty by a 3-0 score. How SLU translates a potent offense – 40 goals in 16 games – against a higher-level opponent like Washington will determine this one. If Hannah Friedrich and Larson can enjoy similar success like they did against Atlantic 10 opponents, it’s a good sign. Olivia Van Der Jagt and Ameera Hussen provide quality for Washington, but the absence of Summer Yates from the first-round game against Liberty is worth watching. If she’s injured and didn’t make the trip, the task is even more difficult.

Another matchup of two big conferences, this is a compelling one. Duke’s No. 9 seed will be put to the best by an Arizona State side that best UCLA and USC in their conference slate. This is one of the first times in the spring season to see it put to the test. The Blue Devils will have the rest factor on their side, as Arizona State defeated Siena College on Wednesday to advance. But the Sun Devils have forward Nicole Douglas on their side, and her ability to give opposing defenses trouble is notable. Duke have the players to pass around and create chances, whether it’s Tess Boade or Sophie Jones, but it’ll be about finishing opportunities in front of goals in order to stave off the upset.

The Big 12 side’s strong defense has led them to a quality campaign, punctuated in the spring with a win and a draw against Virginia. Goalkeeper Kayza Massey’s ability to make big saves has proven critical down the stretch, and her ability to do the same in the tournament will help West Virginia stay alive. The team does just enough offensively, usually through Alina Stahl or Stefany Ferrer-vanGinkel. On the other side, Rice have embraced the collective going forward, with 13 different players – including goalkeeper Bella Killgore – finding the back of the net. On paper, this matchup leans to a tight, defensive battle as the Rice defense, anchored by Mijke Roelfsema, looks to keep it tight as they search for a winner.

Making a first competitive appearance since November’s ACC title game, FSU’s preparation for the tournament is going to be a story line for as long as the Seminoles are alive. Malia Berkeley turned pro, but the retention of Jaelin Howell to anchor the midfield gives FSU ability to strangle games. Attackers like Jenna Nighswonger, Jody Brown and Yujie Zhao featured off the bench at times last fall. Their usage here is going to be a first indication of how Mark Krikorian will approach the postseason. The Horizon League title winners have a sterling defensive record, albeit against conference opposition only, conceding just three games. If they can keep it close, they’ll look for a big goal from Jelena Sever or Natalie Auble to make the upset possible.

There will be goals in this second-round matchup between the Cougars and Cavaliers. Both teams look to get out on the front foot, and it could be decided by which goalkeepers can make the decisive save: UVA’s Laurel Ivory or BYU’s Cassidy Smith. Bottling up Mikayla Colohan and slowing down Cameron Tucker are high on the list for Virginia’s back line, as that pair has been torrid all spring long. Considering BYU’s willingness to get forward and attack, there should be space for winger Rebecca Jarrett to create chances for teammates Diana Ordonez, Alexa Spaanstra or Lia Godfrey. The high-volume shot takers need to have an efficient night for the ACC side to advance. Whichever side does move on, they’ll like their chances at playing further into May.

WAC champions take the field against the SEC tournament runner up, with a clear goal in mind: find a way to slow down Anna Podojil. The elite chance creator is a handful, and if she is on song in this game it’s going to be difficult for Utah Valley. Several players have stepped up for the Wolverines throughout this season. They’ll need an all-hands-on-deck effort from the likes of Sadie Brockbank, Heather Stainbrook, London Miller and Julianna Carter to solve a talented and tough back line to give them a shot at a win.

Two relatively College Cup sides square off in the second round, far from an easy reward for the Hoyas as a seeded side. Goals could be in short supply in this one, and a 0-0 result settled on penalties or a 1-0 win to other side wouldn’t be a surprise. The Hoyas have shown the ability to control games through Daisy Cleverley, although Giavanna Vicari’s been stepping up to score big goals on a seemingly-regular basis. Jyllissa Harris solved a big problem for the Gamecocks, moving to the back line after Anna Patten return to England to sign with Arsenal.

One of the top four seeds in the tournament faces off against the Mountain West champions looking to avoid the upset. The Lobos needed penalty kicks to progress past Navy, and have an attack that can do damage. Gwen Maly and Alesia Garcia are the two players to keep in mind as New Mexico tries to solve the problem that Gracie Bryan and Yazmeen Ryan pose. The Big 12 side are favorites for a reason, but the Lobos can’t be overlooked.

Can the Ole Miss attack keep up with the Women of Troy offense? Penelope Hocking and Tara McKeown are one of the best striker duos in women’s DI soccer. If Channing Foster and Haleigh Stackpole can find space and create against a USC back line that cant be shaky, this one could turn into a high-scoring affair. But it’s hard to see the SEC side having enough, especially if Hocking and McKeown hit the ground running.

A tantalizing test for both programs, the Nittany Lions have been dominant at times during the Big Ten season. They have a number of quality attacking pieces that did very well this season, including Sam Coffey, Frankie Tagliaferri and Ally Schlegel. Vanderbilt punched their ticket with an SEC tournament crown, getting hot at the right time in November. Haley Hopkins can cause problems in the final third and midfielder Abi Brighton’s been consistent as a freshman. Both programs will like their chances in this one.

It was a relatively comfortable entrance to the tournament for Ohio State, which went up 4-0 on Stony Brook at the half and never looked back. Santa Clara offers much more firepower, whether it’s Izzy D’Aquilla, Kelsey Turnbow or Julie Doyle. Both programs faced primarily conference opponents, so that crossover between the two leagues will be telling. Alyssa Baumbick had a huge game for the Buckeyes in the opener, and her ability to cause problems along with Kayla Fischer will be crucial to their hopes of unseating the seeded side.