Women's Team of The Week: November 22 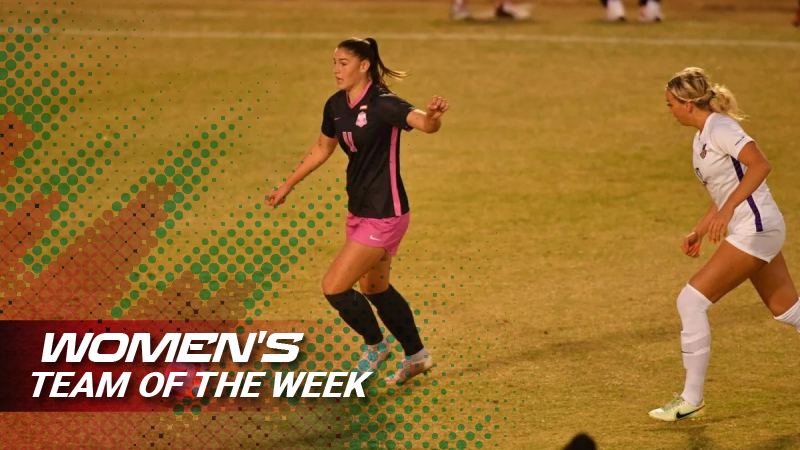 Jessica De Filippo judged the flight of the ball perfectly. Emilee Hauser’s cross seemed determined not to drop, leaving every player in the Memphis box flailing, guessing left and right where the ball might land. But De Filippo remained patient, ghosting to the back post before meeting it with an angled flick, sending the ball spinning over the goalkeeper’s head and into the net. It was the second of her three goals of the week, and perhaps the most important, bringing a vapid game to life in the NCAA sweet 16. But the senior forward’s contributions expanded beyond the scope of well timed headers. She also assisted twice, proving a handful for all 166 minutes she was on the pitch. And her five goal contributions are why the Razorbacks can dream of December glory.

GK Lauren Brzykcy, UCLA - The goalkeeper posted six saves in regulation time against UCF, before stopping three of five penalties to send the Bruins through to the next round.

D Avery Patterson, North Carolina - Patterson was crucial in the Tar Heels’ win over BYU, assisting on all three goals as they advanced to the last eight.

D Grace Stordy, Memphis - Stordy played every minute in an exhausting week for the Tigers, while also tallying a goal and an assist.

D Lily Reale, UCLA - Reale led a defense that only conceded one goal across two NCAA Tournament appearances. She also buried the winning penalty against UCF.

M Maggie Cagle, Virginia - Cagle paced the Virginia attack last week, scoring one and assisting two as the Cavaliers picked up back to back wins.

M Jenna Nighswonger, Florida State - Nighswonger was at her subtly dominant best against LSU, scoring one and assisting one as the Seminoles routed the Tigers, 4-1.