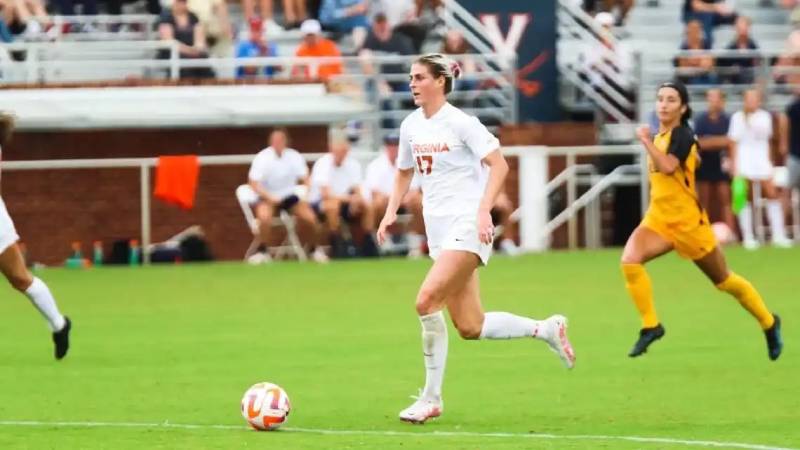 Last week in women’s college soccer was a bit strange. Fast starters Virginia and Rutgers lost, while unexpected powers Alabama and Northwestern continued to win. The next seven days might not yield such major upsets, but there are certainly some interesting matchups to keep an eye on. Here are five of note, with potential changes atop the ACC, Ivy League and Pac 12.

Rutgers wasn’t at its dynamic best last time out and needed an 88th minute winner to get past Maryland at home. But it was a necessary bounceback for a Scarlet Knights side coming off its first loss of the season. Northwestern poses a different kind of threat. Tagged as a middling side before the season, the Wildcats have won seven in a row, and find themselves in the top 10 after three games of Big Ten play. Though Rutgers is the presumptive favorite, the Wildcats should certainly offer a tough contest — especially on home soil.

It should be an interesting clash between two sides vying to be among the ACC’s best this year. Virginia appeared to be on track to claim the top spot before a shock loss to Notre Dame interrupted a perfect start. Duke, too, was enjoying a good run, but nonconference losses to UCLA and North Carolina broke its rhythm. For Virginia, stopping Duke forward Michelle Cooper will be key. The striker scored four goals and added two assists last week, and has settled into a real groove after a slow start. Virginia has the attack to more than match Duke, with Rebecca Jarrett, Alexa Spaanstra, Lia Godfrey and Haley Hopkins all capable of offering a threat.

Mississippi has steadily picked up wins this season and has established itself as a tough team to play against. It has only conceded three goals all season, while also allowing less than seven shots per game. But it will be tested by a Tennessee side that can score in bunches. Although the Vols have been inconsistent, Jaida Thomas can change any game with her goalscoring ability. A sound defensive performance against Kentucky last time out also suggests some promise at the other end, too.

Yale started the season by winning three of its first four games, but has struggled since — and finds itself a 4-4-1 heading into the biggest game of the season. Harvard, meanwhile, is enjoying a strong campaign so far. The Crimson are 6-0-2, with a win over a ranked NC State side and a respectable tie at TCU. Although they failed to beat Penn last time out, an Ivy League crown is well within their reach. History is on Harvard’s side, too — it has won this fixture three times in a row.

Colorado’s strong start to the season has petered off, as the Buffs have lost two of their last three — including a disappointing conference-opener to Arizona State. Shyra James is always a threat when she’s on the pitch, though. With 10 goals to her name so far — and 16 in her last 15 across the last two seasons — she can impact pretty much any game. Washington comes heads into this week’s contests in similar form, having lost its conference opener to Oregon. They’re a more defensive side — the Huskies have only let in five goals this campaign — which could make for an interesting matchup.