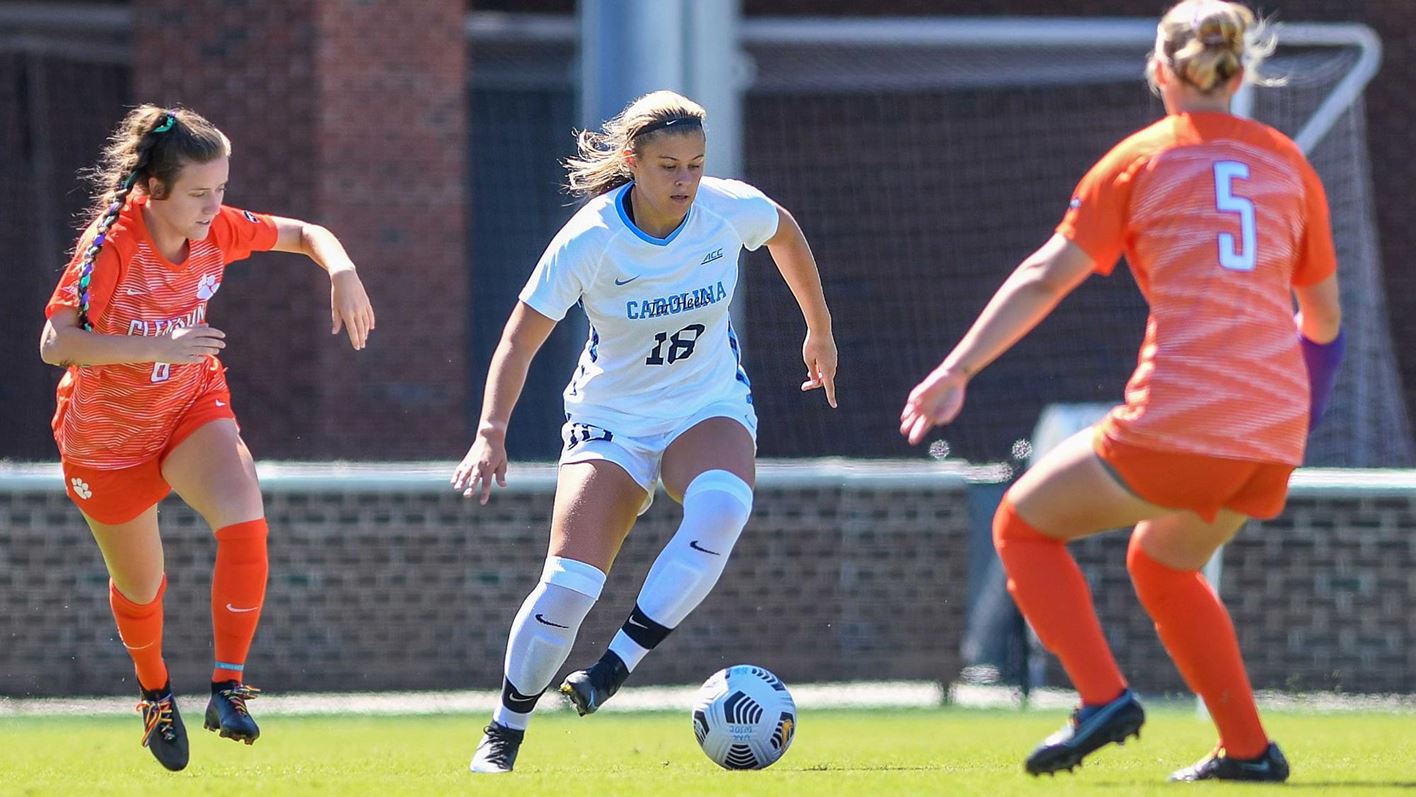 Another weekend of women’s Division I soccer arrives. These are the five matches you don’t want to miss from Friday through Sunday (all kickoff times listed EST).

So far this season, the Seminoles have had little trouble with the teams in front of them, winners of 10 straight and yet to skip a beat in the ACC. Visiting Clemson could certainly present a difficult afternoon for them, even if the Tigers come into this one off a 3-0 loss on the road at North Carolina. Hensley Hancuff will need to have a big day in goal if the Florida State attack is sharp behind the likes of Jody Brown, Beata Olsson, Jenna Nighswonger and Clara Robbins.

The Gamecocks are off to a strong 3-0 start in SEC play, welcoming a strong Auburn side to Columbia for a big conference game. South Carolina’s typically excellent defense hasn’t been quite as stodgy in the past, but is still strong, conceding eight goals in 10 games. Jyllissa Harris and Heather Hinz are a big part of that, while Corinna Zullo and Eveleen Hahn tied for the team lead in goals scored. Bottling up Anna Haddock will be key for the South Carolina gameplan, as the sophomore is in excellent form with a team-high eight tallies. This should be the pick of the SEC games this weekend.

A showdown at the top of the ACC will have big implications for the side chasing Florida State in the standings. It pits North Carolina’s grit and competitiveness against Virginia’s defensive ability to limit chances. Over the past few weeks, UVA has shown the ability to adapt and threaten from set pieces, with two ACC wins last week coming from dead ball situations. Replicating that against North Carolina won’t be easy, though Virginia’s possession game could find space if they can beat the press. Emily Colton’s quickly becoming her team’s most important attacking player, as the freshman helped inspire a draw against Virginia Tech last week.

In the middle of a four-game road swing in conference play, the Wolverines are looking to stake their claim at a shot at a Big Ten title by consolidating as many points as possible. The experience and quality are there, despite the 0-0 draw against Wisconsin this past Sunday. They hold the edge over the Hoosiers in those departments, even though head coach Erwin van Bennekom has IU playing extremely well this season. Junior Paige Webber has emerged as a regular scoring option, while freshman Jamie Gerstenberg has filled in reliably in goal. Both need to have big games to pick up a win at home.

The second of a two-game visit against the SoCal Pac-12 teams, this is a big game for Arizona State to stake a shot at factoring in the conference race. A 2-2 draw against Washington wasn’t the ideal result for ASU, and finding the back of the net against the nation’s second-best defense will be difficult. Freshman Lilly Reale’s been a huge part of the back line’s early results, as the team has eight straight shutouts in a row. Reilyn Turner and Mia Fishel’s ability to create chances or finish them are a big part of the team’s attack, and the Sun Devils will turn to leading scorer Nicole Douglas to try and keep pace.