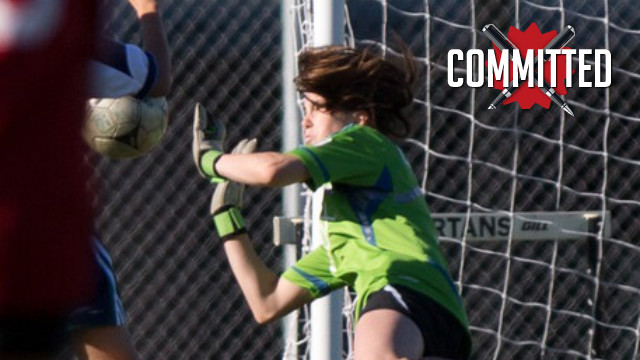 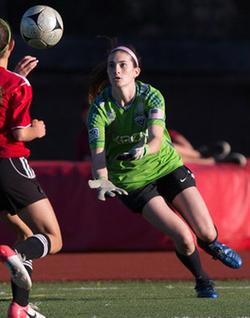 For Kathryn Saavedra, committing to San Diego State was pretty straightforward – it was the perfect fit for her, from the campus, location, soccer team and academics.

“When I met the coaches and players, I knew immediately it was a program I wanted to be a part of,” she told TopDrawerSoccer.com. “The soccer program is a family. The coaches are role models that teach about priorities and commitments. They also teach the psychological as well as the physical aspect of competition and how the two come together. The players are role models as well, and will be examples and a support system for me.”

She also was drawn in by what the school had to offer all around, on and off the field.

“I like that athletics is a huge part of SDSU,” she said. “I like that it is a large university that is lively and active. I also like that I will be challenged academically and surrounded by a diverse student population.”

A goalkeeper with good height and range, Brooke Lisowski found just the challenge she was looking for the opportunity to commit to California.

“It’s one of the few places where you can measure yourself against the very best both academically and athletically every day,” she told TopDrawerSoccer.com. “I see myself as someone who will use that environment as motivation.”

While the Bears may not be perennial powers in the stacked Pac-12, Lisowski likes the team’s steady improvement and hopes to be a part of success down the road.

“I like that they get better every year and want to win championships,” she said. “To compete in that environment and still be close to home is the best of both worlds. I liked how open and honest the Cal coaching staff was with me and my family and felt their sincere interest in helping me become the best soccer player and student I can be.”

An aggressive midfielder, Jaycie Brown discovered that Cincinnati was the right blend for her when it came to school and soccer.

“I decided to commit to Cincinnati because I really like the coaches and it is an overall great school,” she said. “I really liked how they are trying to rebuild the soccer program and make it better. I like how much they push the girls to be their best.”

Forward Natalie Stephens (Sereno SC) committed to Arizona State for the class of 2015.

Midfielder Kelly Harris (Sereno SC) committed to Boston University for the class of 2015.

Forward Kelsey Kraft (Panthers SC) committed to Toledo for the class of 2015.

Defender Eve Goulet (FC Stars of Massachusetts) committed to Northeastern for the class of 2015.

Midfielder Emily Heslin (Minnesota Thunder Academy) committed to Minnesota for the class of 2015.

Forward Molly Fiedler (Minnesota Thunder Academy) committed to Minnesota for the class of 2015.

Forward Aridahi Gonzalez (Heat FC) committed to Northern Arizona for the class of 2015.

Goalkeeper Lauren Horstdaniel (Heat FC) committed to Nevada for the class of 2015.

Forward Aleah Strength (Heat FC) committed to Northern Colorado for the class of 2014.