HS: Defense with the edge in the A-A game 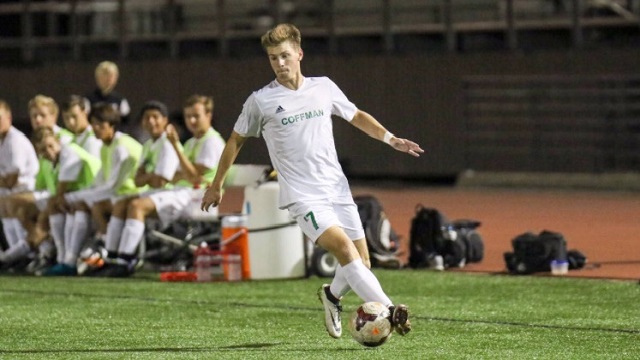 While there is plenty of firepower in this year’s High School All-American soccer games, there appears to be the defense to match.

This year’s High School All-American Games take place Saturday near Orlando, Fla., with the girls game kicking off at 11 a.m. EST and the boys to follow at 1 p.m. The matches will be streamed live on TopDrawerSoccer.com.

Last year’s All-America matches combined 17 goals. The girls match, which ended 5-4, had a lineup so offensively stacked that at no time during the contest where players on the field who had combined for less than 1,000 goals – on either team. One girls had topped 300 high school goals, while multiple girls had more than 200 and all but a few defenders had at least 75 career goals.

Duke commit Holland Stam of Pingree School (Mass.) and Dayton commit Mimi Stines of Summit Country Day (Ohio) will be in net for the East. They have recorded more than 60 career shutouts in five combined varsity seasons. Both players resumes stretch well beyond the high school game, as both have elite level club accolades, including Golden Gloves honors at ODP interregional and club national tournaments.

The West team will have Minnesota commit Ana Aguado from Robbinsdale Armstrong in goal. Northwestern commit McKenzie Wood of Penn (Ind.) was scheduled to play but had to back out when she was called into a national team camp.

In fact, most of the higher-profile players in this year’s boys game are on the defensive side of the ball, including Yale-bound keeper Elian Haddock from Whitefish Bay (Wis.) and Connecticut-bound keeper Shane Keenan of Christian Brothers Academy (N.J.) and defenders Nick Richardson, a Maryland commit from Archbishop Curley (Md.); Brett St. Martin, a Maryland commit from Mount St. Joseph (Md.), Jack Edwards, a Saint Louis commit from Christian Brothers College, Jayson Cyrus, a Northwestern commit from McDonogh School (Md.), Nick Jennings, a Lehigh commit from Conestoga who helped his team to back-to-back state titles and national Top 5 finishes, Shawn Azcueta, a Wisconsin-Milwaukee commit from Whitefish Bay, who was part of three straight state titles and recent Kansas defensive player of the year Miguel Baca.

Of course, shutting down the opponents still will be a tall task for this collection of defenders. Some of the offensive standouts in this year’s event include Jackson Becher, a UMBC commit from Lower Dauphin (Pa.), whose two state final goals pushed him over 100 for his career; Ibrahima Diop from Pennington School, who had 57 goals in two seasons and has narrowed his choices to Wake Forest, Virginia and Connecticut; Maryland commit Justin Gielen of DeMatha Catholic (Md.), who was that top scorer on Baltimore Celtic’s club national title-winning team this past summer; Luke Kiley of Dublin Coffman who is committed to Georgetown and finished with 84 career goals; Noah Melick of H.D. Jacobs (Ill.), who is committed to Wisconsin and had 87 goals; and Indiana commit Ryan Wittenbrink of Libertyville (Ill.), who led his team to a state runner-up finish.