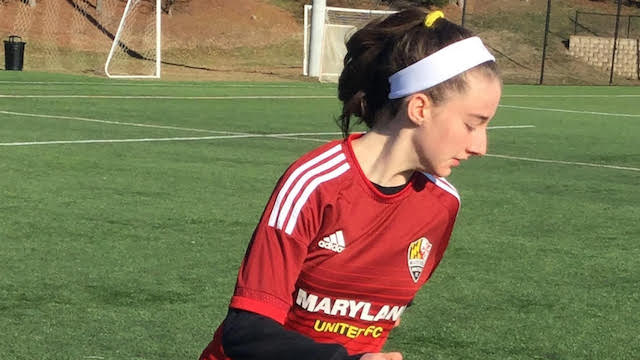 One contest was planned, the other happened by pure luck.

But in either case, it has elevated two high school girls events taking place this weekend.

The event kicks off Friday at 5 p.m. with Carmel facing Penn.

Entering the 2018 season, Carmel was No. 2 in the FAB 50 and Penn, while much lower in the rankings, was the defending national champs. Each team has taken an early loss, which tempers the national meaning of this contest, but it remains important in the regional scope for now.

About a five-hour drive mostly due south of Zionsville is the Bearden Invitational in Knoxville, Tenn.

The tournament director actually was making the schedule this past summer when he received a phone call from the Strongsville (Ohio) coaching staff in search of a weekend tournament. The director was in need of an extra team. Later that day, Strongsville, ranked No. 34 in the latest FAB 50, was penciled in against top-ranked Houston (Germantown, Tenn.). That clash is slated for Saturday at 5 p.m.

The Bearden Invitational kicks off Thursday with four contests, with play continuing Friday, Saturday and Sunday. Houston will play three matches at the event while Strongsville is playing two, which includes a Sunday morning clash with Clarksville.

Strongsville had a trip planned for the Pacific Northwest this fall, but it fell through when airplane flight costs dramatically rose, which led the team's coaches scrabbling for alternative events.

5. FAB 50 No. 1 Houston (Tenn.) vs. Bearden (Tenn.) at Bearden Invitational, Friday: Whenever the No. 1 team takes the field, it’s an important match. Bearden has yet to be scored on and carries a perfect record into this clash of state-ranked teams.

4. FAB 50 No. 5 McDonogh School (Md.) vs. No. 45 Toledo Notre Dame (Ohio) at Lady Eagle Invitational, Friday: Ohio’s top programs have fared very well against out-of-state competition. This will be one of those games from which a lot of conclusions will be draw about level of play from areas that don’t often meet on the field.

3. FAB 50 No. 48 Carmel (Ind.) vs. Penn (Ind.) at Lady Eagle Invitational, Friday: Had it not been for an early season loss by both programs, this would have been the must-see match of the weekend. Still, both of these teams need the win to be in the FAB 50 conversation.

2. FAB 50 No. 23 Noblesville (Ind.) vs. No. 28 Sacred Heart Academy (Ky.) at Lady Eagle Invitational, Saturday. This contest is in the final time slot of the event and a great way to close it down — assuming both teams take care of business in earlier matches. Both teams are undefeated and have been scoring goals like crazy. Noblesville has scored 15 goals over its last three matches while Sacred Heart has found the net 36 times during a 5-0 start.

1. FAB 50 No. 1 Houston (Tenn.) vs. No. 34 Strongsville (Ohio) at Bearden Invitational, Saturday: This should be the first very big test to Houston’s No. 1 ranking. The contest features four players from the Fall High School All-America Watch List, including Strongsville’s Peyton Felton, who recently committed to Memphis, the city in which Houston serves as a local suburb school.

15 PLAYERS TO WATCH THIS WEEKEND