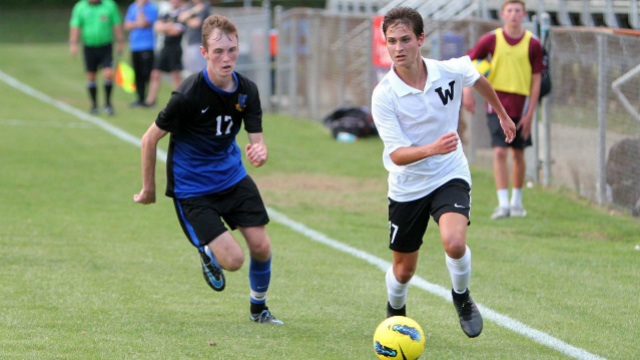 * Austin Bihlmeyer, Farragut (Tenn.), Sr.: The East Tennessee State signee scored twice to lead Farragut to a 3-2 victory over Christian Academy of Knoxville in a battle of state title contenders. Bihlmeyer's second goal, in the 72nd minute, proved to be the difference, breaking a 2-2 match.

* F Charlie Marino, Wando (S.C.), Jr.: Marino took charge of the scoring last week, netting five goals in Wando's wins over Hoover (Ala.) and Parkview (Ga.). Before the week, undefeated Wando had been sharing the scoring load as no player had more than five goals on the season.

* MF Wyatt Millard, Cardinal Newman (S.C.), Sr.: Cardinal Newman is off to a 7-0-1 start and Millard has been a driving force. The senior, who is headed to Navy, has five goals and a team-best eight assists. Newman's strong start earn the squad a spot in this week's SIMA FAB 50.