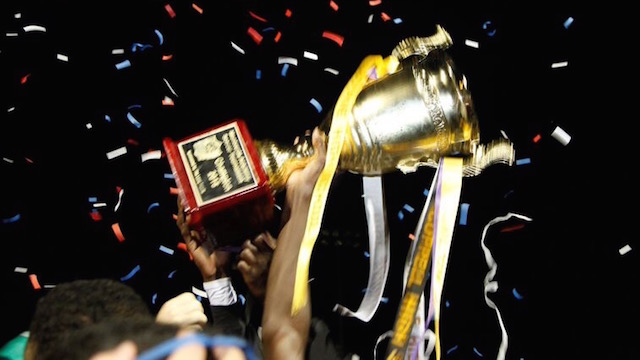 MONTVERDE, Fla. -- One for the record, three for the title.

Here's are the longest undefeated streaks in high school boys soccer history, as researched by TopDrawerSoccer.com:

MAST organizer Brad Long seems to make the eight-team field even stronger than the year before. In addition, to current SIMA FAB 50 No. 1 Montverde Academy, the field includes No. 2 Sam Houston (Arlington, Texas), No. 7 Gulliver Prep (Miami, Fla.), No. 9 Cathedral (Los Angeles, Calif.), No. 23 St. Paul's (Covington, La.), No. 49 Melbourne (Melbourne, Fla.), Tampa Jesuit (Tampa, Fla.) and Chandler (Chandler, Ariz.). Sam Houston was a Texas 6A state semifinalist last year. Chandler, Gulliver Prep and St. Paul's are defending state champions. Cathedral was a Southern California Region champ and the state's top-ranked team. Tampa Jesuit and Melbourne made deep playoff runs in 2015. All eight teams have been in the SIMA FAB 50 this season, four remain undefeated, and all eight have a combined record of 91-8-7 this season, which includes Montverde pinning the only loss on Melbourne.

All Thursday first-round matches can be viewed live at Montverde.tv. Matches start at 3 p.m.

The semifinals on Friday and final on Saturday night will be streamed live on TopDrawerSoccer.com.

M Michael Bourdreaux, St. Paul's ... Has a team-high 13 assists and is tied for the team high with eight goals.