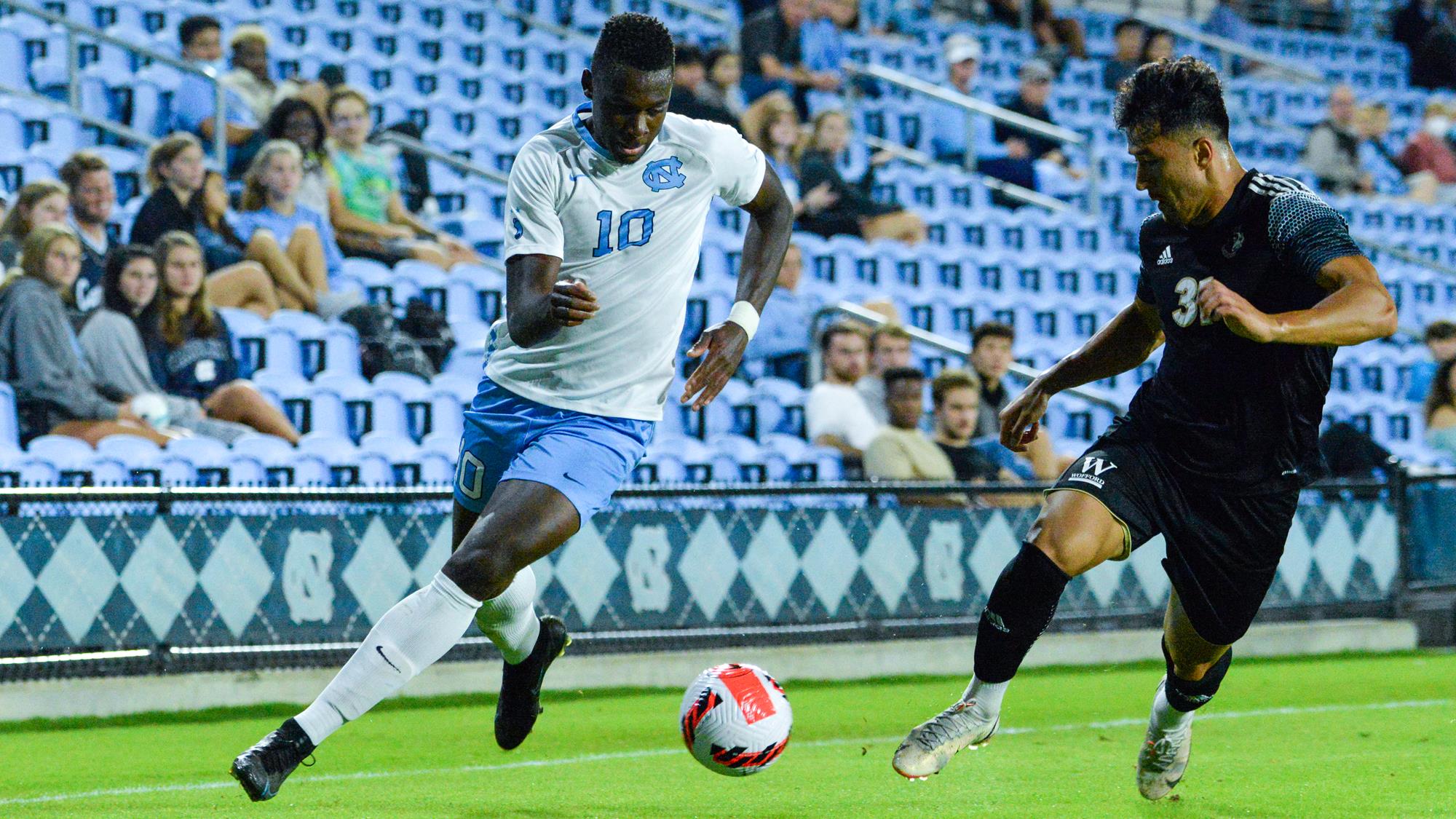 For Tega Ikoba, it's been a roundabout path to a pro career.

The Madison, Alabama native relocated to Portland to play with the Timbers Academy, before joining North Carolina in the fall of 2021.

After one season in Chapel Hill, he returns to Portland after signing a Homegrown deal with the franchise this week.

“We are delighted to announce the signing of Tega and would like to thank his family for putting their trust in our club and academy. Tega has spent a considerable amount of time with the first team over the last couple of years and has shown continuous growth throughout the years,” Gavin Wilkinson, general manager and president of soccer for the Timbers, said in a press release. “His skill set and attributes make him a very exciting player to watch, and we look forward to his maturation as a player.”

We are excited to announce the signing of #TimbersAcademy forward Tega Ikoba as an MLS Homegrown Player for the 2022 season! 💚💛

In just over 1,000 minutes in the fall of 2021, Ikoba scored six goals and added a pair of assists for the Tar Heels.
Related Topics: Atlantic Coast