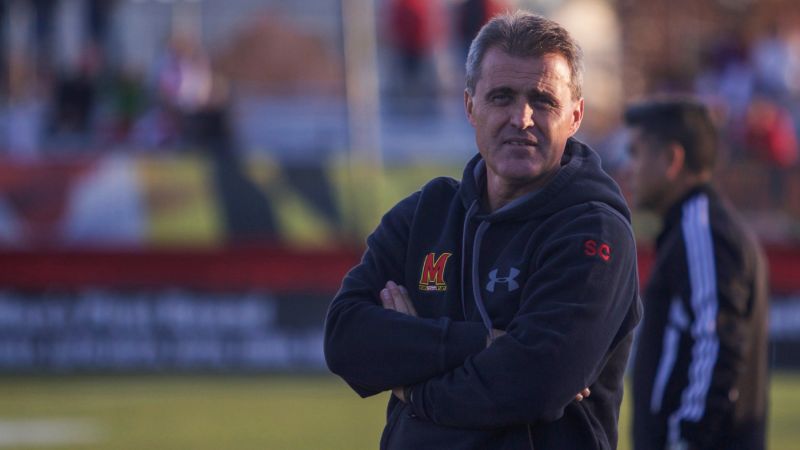 On Sept. 9, 2021, TCU women’s soccer stormed the pitch. Festivities were raucous, as the whole team mobbed Messiah Bright following her golden goal extra time winner in the 93rd minute that sealed a 2-1 win at Alabama.

A month later, Michigan men’s soccer staggered off the pitch. Hi-fives were subdued, post-game stretches lethargic. Tender muscles, tight hamstrings. It had been 110 minutes of running, and they’d had to settle for a 0-0 at Akron.

Now, due to changes in college soccer overtime rules, neither of those outcomes played out in that fashion, will be possible. That’s because regular season college soccer will no longer go to Overtime, the NCAA announced last week in a press release.

The current college soccer rules state that if a game is tied after 90 minutes, the two teams will go to extra time, where golden goal — in other words, sudden death — is in play. If there isn’t a winner after two 10-minute periods, the fixture is officially ruled a tie. It’s a structure that the pro game flirted with, but these days is mostly limited to college soccer.

And now it’s gone, as all regular season contests will be settled in 90 minutes. Meanwhile, knockout play will be resolved with two 10-minute periods of extra time — with no golden goal.

The decision has been met with mixed reaction. It’s a rule that could have significant changes for the sport, at least in the regular season. Proponents of the change point to the fact that overtime leads to a winner in only 47% of contests — even though both teams are incentivized to get on the board.

“I think most teams are trying to win a game [in OT],” Maryland men’s head coach Sasho Cirovski said.

The new rule also theoretically also protects tired legs and player welfare. In a cramped soccer schedule, there’s little rest between games, as some teams could play up to five contests within a 10-day period. That means knocks and bumps can linger across multiple matches.

“Having to play an extra 20 minutes with an upcoming game where there's two or three days away, can lead to a lot of inequities in rest and recovery for a team that has to fight in overtime, so I think it’s long overdue,” Cirovski said.

But there’s a flip side, too. Golden goal adds excitement, largely due to the tantalizing prospect of a last-minute winner.

It’s something that the Horned Frogs benefitted from, as have countless other teams over the course of a 20-game season.

“I didn't think anything was wrong with how things were going prior to them making a change,” TCU women’s head coach Eric Bell said.

Opponents also argue that the change will take away some of the authentic appeal of college soccer. The overtime setup is unique to the university game, as most professional and international games ditched golden goal.

Yet college soccer has staunchly stuck with it over the years, helping keep the game separate from the pro ranks.

“We have professional soccer, we have international soccer, and we have college soccer,” Bell said. “And I think it's its own entity. The rules that we have, make it what it is — a bit different than everything else.”

Tweaks to overtime rules could create further issues for the end of the season. If the number of ties increases, the selection committee could have a headache when figuring out which teams might have an at-large bid to the NCAA tournament.

“What we won't know is how much those ties really do influence the RPI at the end of the season in terms of tournament selection” North Carolina men’s head coach Carlos Somoano said.

So, opinion remains relatively split. While it remains to be seen how coaches might approach a 90-minute contest — without the threat of overtime — a significant piece of college soccer has been removed.

And for now, that 93rd minute jubilation, or 110th-minute exhaustion, will be no more.