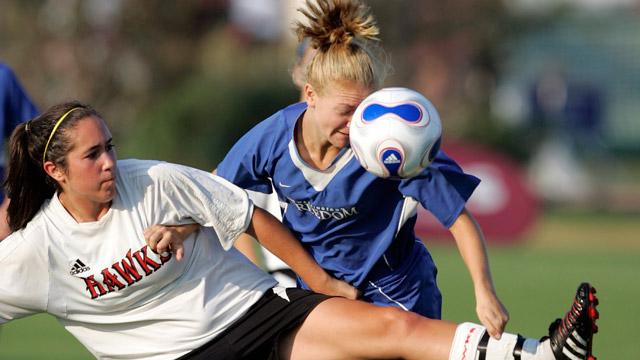 Soccer tournaments are like opinions – everyone seems to have one.

But which one is suitable for your specific needs?

Beginning today, TopDrawerSoccer.com is helping you wade through the myriad of tournament options with our new and exclusive Tournament Insider Series.

Over the next two weeks, we’ll bring you exclusive access to hundreds of events taking place in your region! With insightful and informative reviews on each tournament, you’ll have all the information you need to schedule your summer season.

From tournament themes and price points, to amenities and geographical narratives we’re helping you understand your tournament options in microscopic detail.

We know that finding the perfect tournament for your team or family can be an overwhelming process, but fret no more! TopDrawerSoccer.com is committed to making your decision as stress-free as a careless summer day on the soccer field.

So enjoy your new Tournament Insider Series, and may you find the perfect event to fulfill your competitive experience.

See you on the field.

Do you measure up to our amigos south of the Border? Come to the Atlas International Cup and find out. Located in Mission, Texas, 30 minutes from the Border, the Atlas Soccer Academy brings in the champions from Monterey, Mexico to compete against top ranked Texas teams. The successful history of the club includes five academy players that have been recruited by the FC Atlas de Guadalajara, Mexico.

Virginia Rush Soccer kicks off the season with the Nike Rush Cup on the Coast in March. The ground has thawed in Virginia but is still frozen in many other Northeast areas making the Rush Cup on the Coast a great season opener. Memorial Day at Virginia Rush is a star spangled spectacular as bands from the Armed Forces perform at the Ralph Downey Memorial Day Classic. This oceanfront tournament pays special tribute to our military heroes. Travel the “Heroes Walk” and immerse yourself in the history of our nation’s military involvement. Virginia Beach attractions please even the toughest traveler. Many teams rent large beach houses on Sandbridge Beach, known as the “outer banks of Virginia”, because it offers the Atlantic Ocean on one side and the peaceful Back Bay waters on the other. Sandbridge Beach is only 15 minutes from the fields. The season winds down with the Atlantic Cup in December. Virginia Rush also holds a unique Registration Night Buffet. The goal is to register you within 5 minutes. After registration, stay for the food and fun. All coaches receive a Nike giveaway and all players get a gift bag.

Character, Attitude, Success, and Love of the Game is what Capital Area Soccer league in Raleigh, NC is all about. Since 1974, CASL, in partnership with Chelsea Football Club, is the largest club in North Carolina. The four-weekend shootout and showcase sees over 1200 teams and 1,000 college coaches all come to watch on 20 fields. Come play at their state of the art complex that has hosted the NCAA Final Four along with ECNL and National teams.

Located 86 miles north by west of Philly is the town of Leighton, PA. Every April the Leighton Soccer Club holds the annual Hunter Meckes Memorial Soccer Tournament with proceeds from the event to fund scholarships in the name of Hunter Meckes. These scholarships will be presented to seniors in Leighton and Jim Thorpe schools. The tournament is coordinated by Sherry Meckes, with the assistance of the club. Meckes host this event every year so that her son Hunter will never be forgotten. Hunter died in car accident on January 23, 2003 when he was five years old. Hunter loved soccer and the tournament is held every year as close to his birthday, which is April 16. This is fun community event.