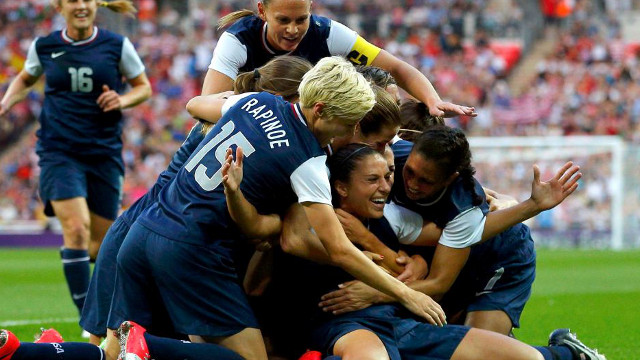 Player Ratings for the U.S. Women’s National Team in its Olympic Gold Medal match vs. Japan on Thursday.

Hope Solo, Goalkeeper:  8 - Made a vital save early when Japan were threatening for an equalizer, and then another in the second half.

Amy LePeilbet, Defender: 5 - Got caught in possession a few times, but had a decent enough defensive game in the second half, including a goal line block. 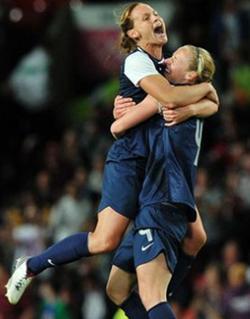 Christine Rampone, Defender: 6 - Made an important play to save a goal in the early going. Blocked a shot at the goal line, but failed to clear on the opening Japan goal.

Rachel Buehler, Defender: 6 – Steady performance before coming off late with an injury. Put in a vital tackle when Japan started pressing the U.S. goal in the first half.

Kelley O’Hara, Defender: 7 – Steady in the back with some quality distribution from the back.

Megan Rapinoe, Midfielder: 6  – Quieter game for the Portland product after being so key in the dramatic semifinal win.

Carli Lloyd, Midfielder: 9 - Epitomizes fighting spirit, covering so much ground in the defensive half and getting forward to score the opener. Brilliant individual effort on the second goal and nearly a great third. Made the difference today.

Shannon Boxx, Midfielder: 7 - Rock solid in the midfield all day.

Tobin Heath, Midfielder: 6 - Got away with a clear handball in the penalty area on a Japan free kick. Had some tough moments in possession but never stopped working and made some big defensive contributions late.

Abby Wambach, Forward: 5 - Seemed a step behind as the game progressed, particularly on U.S. counterattack opportunities.

Alex Morgan, Forward: 7 - Good vision shown in creating the opening goal. Strong running to make the U.S. dangerous on the counterattack throughout the second half. Struggled to find final ball on a few of those

Lauren Cheney, Midfielder: 6 – Quiet stint after coming on in second half.