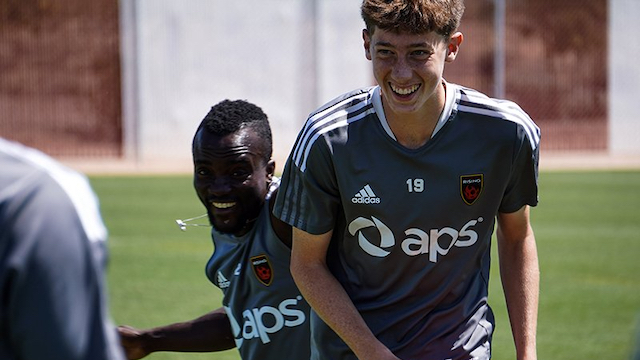 The youth movement in men’s soccer in the United States is evident at every level. The U.S. Men’s National Team continues to trot out younger and younger lineups with resounding success at every event. MLS is promoting the teenagers on social media on a weekly basis as franchises have finally discovered they also have academy teams that can help the first team. #PlayYourKids

USL has not been left in the dust, in fact, the league looks to be even more innovative with the approach thanks to less autonomy among the franchises. The Jonathan Gomez/Louisville City FC situation is probably the most obvious and famous example of the pros/cons of the youth movement at the USL. Gomez left FC Dallas’ academy two seasons ago and joined Louisville City with eyes on making the jump to Europe once he turned 18 years old. The defender has been every bit as good as the hype and is making the move to Spain soon, according to a report from The Athletic in July. And his move to Europe might be coming at a steep discount thanks to a stipulation in his contract. Gomez had four assists in July in the USL Championship as well as 12 key passes, as he looks like one of the top players in the league, regardless of age.

Diego Luna, another former MLS academy player, found a welcoming home at the USL level as well. Luna is off to a hot start with El Paso Locomotive FC with four goals and two assists during his debut season. Unlike Gomez, Luna is not lining up a move to Europe immediately. He could be a building block for that club, but his early success will certainly catch the eye of scouts around the globe.

Luna and Gomez are the most recent successes, but USL has been providing opportunities for years to younger players, which is enticing more prospects to look at that route and more clubs to take a risk and sign academy players to professional contracts.

“[Niall] knows he has a long way to go but I hope to one day see him competing for the U.S. National Team,” Rising FC head coach Rick Schantz said in a press release announcing the signing. “I’ve always believed Arizona was loaded with talented players. It has been a hidden gem for a number of reasons, but number one was we never had a high-level professional club. Now, for players to be recognized at a much earlier age and potentially play professionally here in their hometown.”

Dunn is a true homegrown. He joined the club in 2014, previously called the Phoenix Blackhawks, made it onto the academy team in 2020, signed an academy contract in April of 2021, and now inked the professional contract in July.

“It’s a whole different environment that I’m starting to love,” Dunn said in the release announcing his signing. “My goal now is to continue working and hopefully get some playing time with the First Team this season.”

While Dunn is trailblazing in Phoenix, Kenan Hot is trying to make his own path as well. After leaving the New York Red Bulls academy, Hot, a member of the U.S. Youth National Team player pool, has been unattached for this season. The midfielder, who is committed to Duke, signed an academy contract with Hartford Athletic last week. The teenager, who is still eligible to join Duke thanks to that academy contract, already has experience at the USL level with Red Bulls II. He should be able to contribute immediately for Hartford.

The USL path is an appealing option for prospects for a variety of reasons and recent success will lure in even more players to pursue that route in the near future.