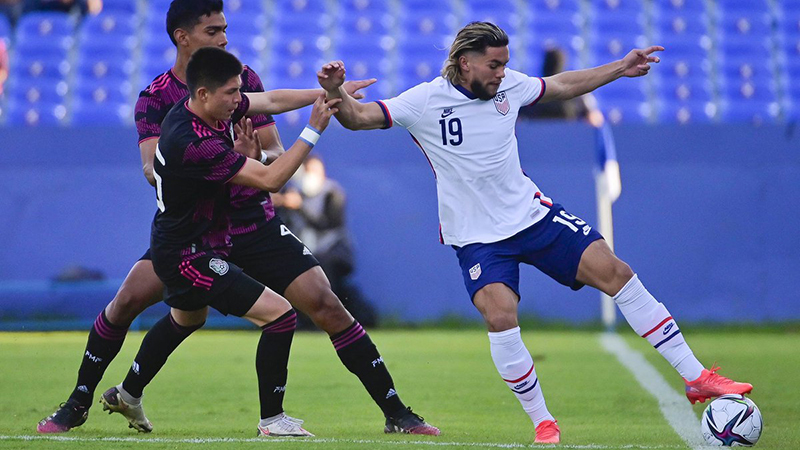 The first U.S. Under-20 Men’s National Team event in almost two years wrapped up this week, as the U.S. played a third and final match at the Revelations Cup in Mexico.

It was shaping up to be a difficult task even before a lengthy delay in hiring a coach to oversee that age group, with the federation announcing the hiring of Mikey Varas a couple days before the competition began against Brazil.

Players only had a couple of training sessions before beginning on November 10 against Brazil, and it certainly showed. The Brazilians danced past the United States, easily handling a squad that was understandably disjointed.

Things were a bit better in the second match against Colombia. A first half penalty kick from New York Red Bulls forward Caden Clark had the U.S. up for nearly the entire game, but the South American side equalized at the depth.

As the competition progressed, there was noticeable cohesion and improvement from the U20s. In the final matchup against Mexico, several early departures back to clubs involved in MLS playoff games left Varas with his hands tied a bit. The team lost 2-1 against Mexico, as Arsenal youth standout Marcelo Flores scored a goal and setup the winner. Cade Cowell setup Diego Luna for the equalizer in the second half.

Below are a few observations from the three games.