Academy changes are all about training 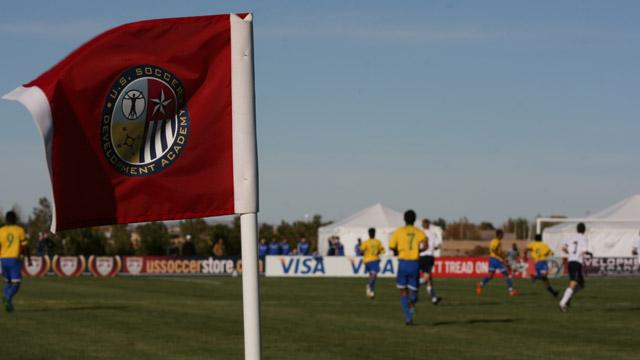 Last week, the U.S. Soccer Federation announced plans to shift the Development Academy schedule to a ten-month schedule starting in the fall of 2012.

As the never-ending quest for improving youth development in the United States continues, the change to a new calendar has a strong central focus – increasing the number of training sessions throughout a year, which in turn will ideally create a higher caliber player.

“That’s what we really want to emphasize, that there will now be more time for training sessions,” U.S. Soccer Technical Director Claudio Reyna told reporters in a conference call. “I think it’s hard to argue that’s not important for players at this age to make sure they understand the value of training.”

Taking that step could alienate some, as the ten-month requirement means no high school soccer for some of the best of the best. 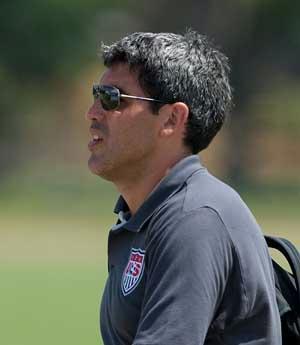 Claudio Reyna
But, as Reyna points out, that stipulation may only impact one percent of those playing boys high school soccer, and the decision was made with a majority of Development Academy clubs advocating it.

“The support of our clubs was huge throughout this process of going ten months and following it,” he said. “It was a lot to do with them and what we heard in terms of an overwhelming amount of [clubs] having the players with them more often and going to a ten-month season.”

In a way, the move is similar to what the U.S. men’s senior national team coach Jurgen Klinsmann is trying to do with his players.

While a discussed schedule change was already in the works before the German was appointed head coach last summer, since Klinsmann took the reins of the national team, he’s preached the need of how important training is in a player’s development, exactly what Reyna hopes to pull off with this schedule change.

“At the senior level, he’s been pretty strong and adamant about the importance of training regarding a professional player,” Reyna said of Klinsmann. “In a few different ways he wants to keep the players training and developing, highlighting some of the younger players, the Brek Sheas, the [Juan] Agudelos to get them training offseason.

“[It’s] nothing that hasn’t been done before, but he’s been adamant about that, the training that they’ve done out in Arizona, I think represents the same focus – that we need to train more and better. He’s clearly seeing it more from an elite level, a professional level, we’re sort of in the same way supporting that in a youth level in these age groups that become critical in their development.”

At this stage in the switch, there is plenty of work ahead, as U.S. Soccer and the 78 Development Academy sides try to come up with a schedule for the 2012-13 schedule.

One of the keys to that will be to determine how a team fills out its schedule, dependent of course, on where the club lies within the country and what kind of winter weather it might face.

While it’s too early in the process to know how those schedules will function – teams in Southern California and Texas already experimented with the ten-month schedule – Reyna speculated a little bit as to what a schedule might look like.

“Many of them will have non-competitive periods where they’ll be training a little bit more, and if they can schedule a game, which for some of them will be a showcase event that we do in the winter months, and then they can layer in games however they can during that period,” he said.

The challenges that lie ahead over the coming months are many as U.S. Soccer implements these changes. But as they try to set a new course, the belief is clear – that higher-level training sessions, conducted with greater frequency, will continue to move U.S. player development in the right direction.
Related: Players To Watch,