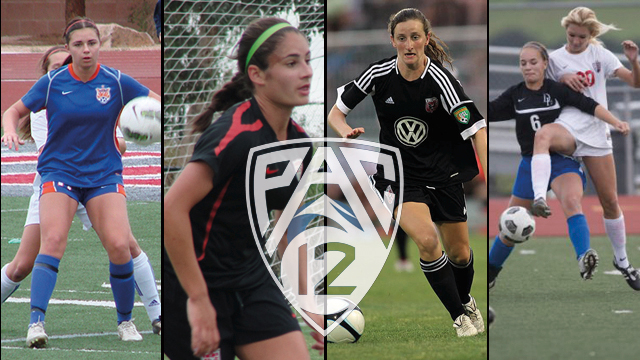 Next up are the programs that make up Pac-12 women’s soccer. Suppliers of last fall’s national champions in UCLA, the conference will once again feature the best of the west coast. The usual suspects are at it again, with the Bruins, Stanford and California all with talented players heading their way in the fall.

The Wildcats, which enter a second year under head coach Tony Amato next fall, turn to the Pacific Northwest for a pair of players in Sierra Bilginer and Calisse Crisler. Heat FC forward Charlotte Brascia comes in ranked at No. 48 in the IMG Academy 150, and she’ll look to supply offense in her first season, while Gabriela Stoian is one of the top scorers in the ECNL this season.

Mid-table finishers in last year’s Pac-12 race, ASU turns to a few in state recruits for the core of its upcoming class. Canadian Keeley-Ann Gormley, who hails from Alberta, is an intriguing prospect.

It was a very good 2013 campaign for the Bears, who tailed off somewhat after a strong start to their last season. However, they back it up with a strong recruiting class that features the No. 8 ranked player in the class, defender Indigo Gibson. She’s far from the only player who should be able to make an impact this coming season, as there are other quality options committed.

The Buffaloes have nabbed a pair of recruits from So Cal Blues that should be able to make an impact. Defender Virginia Reeves is ranked at No. 101 in the IMG Academy 150, while club teammate Jocelyn Orejel competed at the 2012 U17 Women’s World Cup in Azerbaijan, experience that will surely come in handy at the Division I level. A pair of quality recruits are rumored to be heading to Boulder as well.