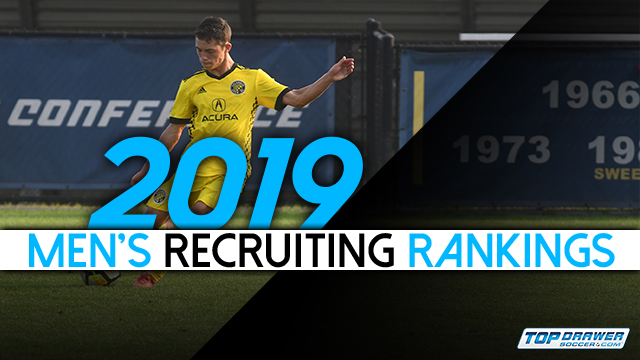 The latest Division I men’s recruiting rankings for the class of 2019 is out this week, with a new No. 1 at the top.

With a top ACC program announcing the early addition of one of the top recruits for 2020, North Carolina reached the summit in the May update.

Based off announced commitments, the 2019 IMG Academy Top 150 player rankings, international signings and transfers, the rankings try and project which college programs have the best incoming classes each year. The rankings are updated monthly, with the final edition set to come out this August.

Below is the latest Top 25 Men’s Division I Recruiting Class Rankings.

While North Carolina’s complete class has yet to drop, the newly unearthed commitments for 2019 have vaulted the Tar Heels into the No. 1 spot. Already boasting a formidable group, the news that Sebastian Berhalter reclassified and will join the program this fall is massive; along with Jonathan Jimenez, a Top 150 recruit, submitting his commitment, UNC deservedly takes over in the May update to the 2019 men’s recruiting class rankings.

Formerly at the top of the rankings, UCI’s move to the No. 2 spot is more about the new talent revealed by UNC than anything about the Big West program. With an impressive crop of California talent, they should continue to trend upwards later this year.

Stanford’s brought in two of the top attacking talents from the class of 2019 in Segal and Bouda. Both should be able to hit the ground running and help the Cardinal make another deep run this year.