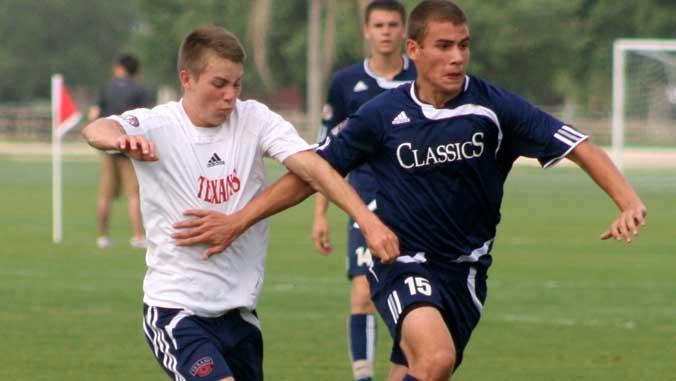 Welcome again to Players to Watch. Here are the Top 20 2012 Boys from Pennsylvania:

Harrison Kendall is a central midfielder with a good engine. His technique is above average, and he is a very competitive, industrious player for FC DELCO. He is receiving interest from Yale and other Ivy League programs.

Zach Shiposh is a midfielder with a good first touch and tactical awareness who rarely makes a mistake.

Matthew Martinez is a solid center back with good strength and decisiveness on the tackle and the ability to distribute the ball. He is a reliable player, but he needs to work on the mental aspect of his game, as he tends to quit a bit after a bad pass or a call doesn’t go his way. That confidence will come with more experience. 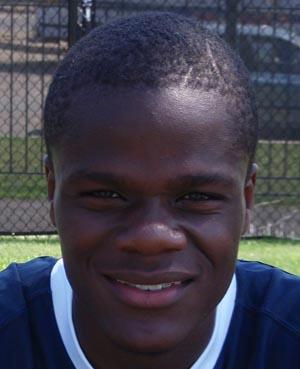 Melvin Snoh
For PA Classics, Kelton Cheney is a big, strong striker who also played in the U16 Academy last year as a freshman. He is a natural athlete with good technical ability and a knack for scoring goals.

Ryan Bertrando and Christian Kaschak, the Classics’ central midfielders, are two players with very similar styles. Both players are stout and hard-nosed, two-way players with great energy on both sides of the ball. They are workman-like, versatile, and excel at distributing the ball and defending.

Quincy Thomas is a strong attacking outside midfielder with technical ability and a good soccer brain.

Melvin Snoh of Penn Fusion Soccer Academy is a quick, strong and intelligent forward. He likes to possess the ball, draw defenders toward him and make them commit, then blow by them with superior technical ability and speed. His presence up top also makes life easier for his teammates, because he opens up so much space.

Forward Chad Craig is not an overwhelming athlete, but he slows the game down to his pace and excels at creating space for himself. He holds the ball with intelligence and body control, he’s got a great left foot and can score or deliver dangerous crosses off dead balls. He’s a very tactically smart player.

Keegan Rosenberry is a technically advanced central midfielder who rarely gives the ball away. He has an excellent first touch, plays the ball to feet, is excellent in the air, and constantly keeps the ball moving. He’s calm under pressure and makes his team’s offense tick.

Alex Murphy is a ball-winning holding midfielder. He is tenacious and strong on the tackle, and, while not a playmaker, he is adept at distributing the ball in the midfield.

Benjamin Kennel is a very technical and well-composed center back who communicates and distributes the ball well. He likes to go forward on set pieces, where he can score using his size and strength in the air. 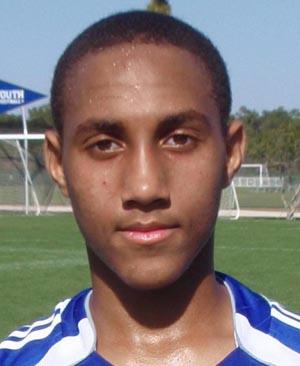 Gabriel Robinson
For Beadling SC, Matthew Venanzi is an attacking central midfielder with experience playing on the Region I team. He is skilled with both feet, holds the ball under pressure, has good vision, and is able to finish tight situations near goal. He has a non-stop motor.

Jamie Luchini is a versatile attacking player who can play target or withdrawn forward or out wide. He is a tall athlete with good speed, work rate and strength possessing the ball. He’s got good vision, can finish with both feet, and times his runs well.

Steven McConahy is a multidimensional right back with good two-way abilities. He is quick, tough, picks the right moment to tackle, and likes to get forward on the attack. His touch sometimes lets him down, but his versatility makes him special.

Darius Madison of Philadelphia SC is a very quick flanker with good one-on-one ability and a strong shot. He is in residency with the National Team right now, but will rejoin his club team before the start of regionals in the summer.

Leonardo Romero is a very aggressive goalkeeper with great command of his box. He’s a shot-blocker who gets a hand on nearly every ball, and he’s a natural leader for his team.

Gabriel Robinson is a Region III forward whose technique is not as polished as it could be, but possesses elite speed that can hide any mistakes he or his teammates might make. He’s a player with a very high ceiling who will only get better as he works on his touch.

Joe Farrell is another Region III player, a central midfielder with great composure and understanding of the game. He’s technical, distributes well, and is very consistent.

Chris Pawlawski is a ball-winning forward with a great work-rate. For a forward, he is an excellent defender who excels at getting the ball back for his team in the offensive third of the field.
Related: Players To Watch,