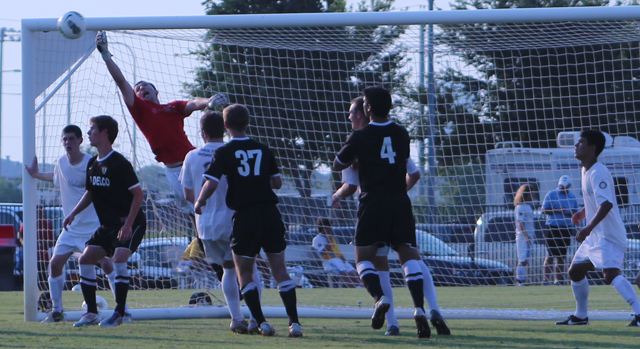 FRISCO, Texas – After a dramatic and exciting opening day of the 2012 Development Academy Playoffs, U18 teams were back in action on Tuesday as the top clubs across the country tussled for a spot in Finals Week.

Day Two may not have had as many exciting finishes, but the high level of quality remained as teams jostled for spots in their respective groups standings.

Relive all the action from the opening day for the U16s

A tough and disciplined display from FC Dallas saw the club defeat Real Salt Lake 1-0 in the second game of group play.

“We knew what to expect against this team, we knew they were very good and we knew that we needed to be organized to get a result,” FC Dallas head coach Chris Hayden told TopDrawerSoccer.com. “We had some opportunities but I thought it was a fair result.” 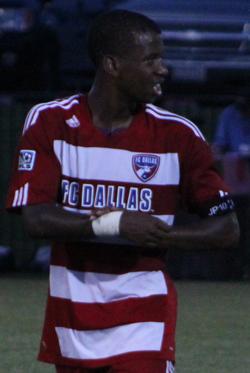 On the balance of play it was a fair result, although FC Dallas squandered numerous chances and could have won the game by a more comfortable margin.

Lining up in a 4-3-3, and featuring numerous talented players such as Jonathan Top, Acosta and Garcia, FCD dominated possession and kept RSL standouts Cole Nagy and Jordan Allen quiet on the evening.

Right before de la Tejera scored the game’s only goal, he wasted a chance setup by Acosta, only finding the post.

Holding the lead at halftime, FC Dallas kept on the attack, setting up chance after chance down the left-hand side of the field through Garcia, who couldn’t find the finishing touch in front of goal.

And while RSL failed to create many clear cut chances, there was always the danger of finding an equalizer throughout the match.

“It’s always that way and they have talented players, so anytime you’re pushing people, trying to get a second goal it happens so often that the goal comes the other direction,” Hayden said.

However, a fine defensive performance keyed by center back Mark Ashby (bound for Harvard in the fall) helped to neutralize Nagy and Maikon Orrellana and keep the clean sheet.

Hayden labeled it the club’s best win of the season afterwards, citing three specific reasons for the plaudit.

“Quality of opponent, the meaningfulness of the game, and then the way that we won,” he said. “Winning a game 3-1 or 4-0, we’ve had a lot of runaway wins, but winning a game 1-0 against a good opponent is always rewarding.”

After winning a second straight game, FC Dallas only needs a point from its final match on Thursday against Sockers FC to secure a spot at Finals Week.

The Northern California club’s goal came thanks to a high line of pressure late in the second half. The forwards and midfielders trapped Galaxy outside back Nathan Smith and forced him into a pass across the middle.

The long legs of striker Greg Singer picked off the pass and pushed it toward Ornstil, who scored the winner in the 77th minute.

“We had some pressure on the ball and it popped up [to me], and I was lucky enough to hit it into the back of the net,” Ornstil told TopDrawerSoccer.com. “I had a little glance [at the keeper] but I was going for the solid hit mainly.”

Off the back of an emotional comeback against CASL on Monday which included two goals in the final five minutes, De Anza Force did not reveal any signs of fatigue and outworked the opposition.

“This was a great team effort and I could not be more proud of my team,” Ornstil added. “LA Galaxy is a great team and I commend them on their performance. We were fortunate to come out with the win.”

The Los Angeles squad had its chances especially in the first half, but could not break through the final line of the De Anza defense, which was led by a stellar effort from center back Michael Amick.

Amick’s defining moment of the game, and perhaps the playoffs, came in the 66th minute when he threw himself in front of a blasted effort into an open net. The shot left a mark on the UCLA-bound defender, but he kept it out of the net.

Force is top of Group 3 heading into Thursday’s final games after Vardar defeated CASL 2-1 on Tuesday. Vardar and Galaxy both have three points while Force has four and CASL has one.

Shattuck Saint-Mary’s was convinced they had secured a point against North Carolinea Fusion with the tying goal coming in the 81st minute and all the momentum heading in the direction of the Minnesota club.

But Fusion’s Marco Sunol had the last laugh on the day with a nifty piece of skill and classy finish to help his squad to a 2-1 victory.

“I got the ball about midfield and was in a tangle with one of their defenders,” Sunol told TopDrawerSoccer.com about the buildup to his goal. “The referee called a foul and I saw we had the break - four v. two - so I got up as quickly as I could and got on the counter.

“Ran down the field, got the ball, touched it inside, took a shot that went in between [the keeper’s] legs, and it was to the corner flag from there.”

Sunol’s celebration of pulling off his jersey and racing to the corner flag earned him a yellow, but he was not too concerned about it and neither was his coach.

“I think a big part of this week is having players on the bench who can impact the game,” Fusion head coach Marc Nicholls told TopDrawerSoccer.com. “You saw a few flashes from him [Sunol], which I think were quite special.

“I don’t know if too many people want to defend a player like that late in the game – he is so quick, creative, and agile.”

Sunol is coming off the bench due to a back injury that kept him out for a long stretch of the regular season.

Prior to Sunol’s winning tally, Shattuck Saint-Mary’s had equalized on a beautiful free kick from Jacob Gandarilla. The center midfielder hit a 28-yard free kick from dead center into the upper corner of the net.

Fusion’s Warren Marshall had the opening tally in the 55th minute when he got on the end of a set piece in the 18-yard box and pushed his shot into the net. It was Marshall’s 13th goal of the season.

“Warren has a knack for scoring key goals, which is a very nice trait,” Nichols added with a laugh.

Fusion take on Crossfire Premier on Thursday for the top spot in the group and a spot in Finals Week.

In a very physical and whistle-ridden encounter, Colorado Rapids fought back from an early deficit to share the points against Empire United in the second day of Group 4 play.

Empire found the back of the net first in the sixth minute when Anthony Rozzano rifled a shot past the Rapids keeper.

The two clubs exchanged chances throughout the rest of the first half with neither side able to find a clear goal scoring opportunity.

Rapids grabbed the tying strike in the 65th minute when the referee awarded the MLS Academy a penalty kick. Ricardo Perez stepped up and drilled the kick past keeper Alex Bono and into the net.

The New York club had a chance to grab the winner late when a shot from distance clanged off the crossbar, but Empire United could not find the finishing touch on the rebound.

Haddadi’s pair of goals in the first half staked Crossfire to a 2-1 lead at the break. Ian Adams then extended the advantage when his long-distance strike foiled FC Delco ‘keeper Zack Steffen, and Haddadi had his hat trick with a 77th minute penalty kick.

Delco had no answers for the Crossfire attack, and couldn’t find a way back into the game despite fielding Philadelphia Union Home Grown signing Zach Pfeffer in the center of the park.