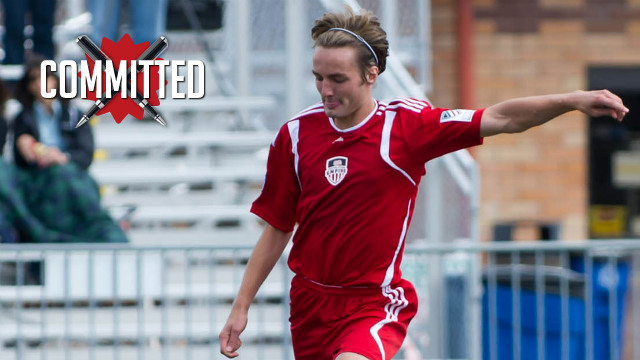 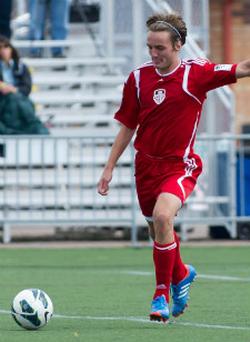 A strong, creative, and crafty forward, Steven Bayse (who goes by Kaleb) sensed a good vibe from Xavier during his college search.

“Xavier felt like home,” Bayse told TopDrawerSoccer.com. “The culture is like none other. Every time I was there I felt like I was part of the Xavier family. The coaches are phenomenal and the guys I'll be surrounding myself with are some of the best players and people I could hope for.”

Head coach Ian Fleming has brought the program forward in the last few years, and it was obvious that the tight-knit family feeling made an impression on Bayse. He also sees it as a chance to improve himself on and off the field.

“I know that the program will make me a better player, but more importantly a better person,” he said. “Coach Fleming is a great coach and what he has done in his years at Xavier is impressive, something I'm really excited to be a part of.”

There was plenty that Bayse liked about the school outside of the soccer program as well.

“The school itself is beautiful,” he said. “It has a nice mix of old and new, and is just the right size. I haven't decided on a major yet, but I know that I have a ton of really strong options that will set up for a great career.”

When it came to picking a soccer program, Benjamin Derleth decided that for him, the classroom came first.

“I decided to commit to Bucknell for the combination of Division I athletics and the top-notch educational standards that Bucknell provides,” Derleth told TopDrawerSoccer.com. “Being a Bucknell Bison means that you are a scholar first. I greatly appreciate the importance placed on academics at Bucknell, as well as the high level of athletics to go with it. The partnership is an absolutely perfect fit for myself.”

That aside, however, the school’s soccer team was a huge plus about his recruiting search.

“I loved everything about the soccer program,” Derleth said. “The coaching staff is phenomenal. Head coach Brendan Nash and coach Patrick Long have been so supportive of me throughout the entire recruiting process. The soccer stadium, Holmes Stadium, is an immaculate site. The covered grand stand seating in partnership with the extraordinary natural grass playing surface provides a very intimate, old school English setting.”

It didn’t take long for him to make up his mind during his initial visit.

“Within the first ten minutes that I was on Bucknell's campus for my first time I knew it was the place where I was going to spend my four years,” he said. “The campus is a beautiful, out of this world place, where I feel completely at home, three hours away from my actual home. At Bucknell, every student is as serious about his or her academics as the next, and this creates a competitive and supportive academic atmosphere at Bucknell that can only push one to be the best student athlete one can be.”

Goalkeeper Jacob Davis (FC Bols Celtic) committed to Massachusetts-Lowell for the class of 2014.

Defender Bradley Ross (Tennessee SC) committed to Holy Cross for the class of 2014.