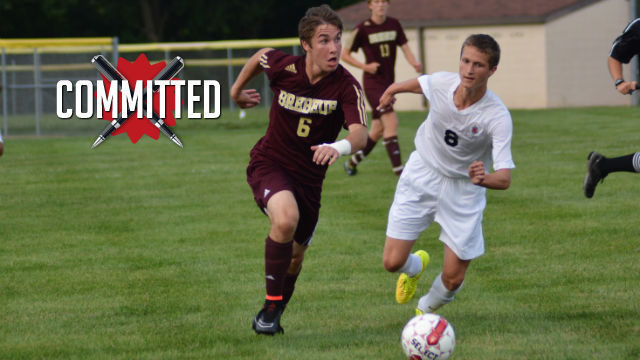 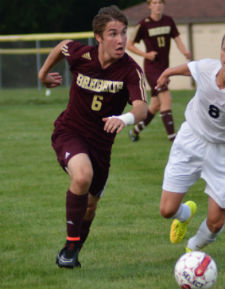 “One of the main reasons I committed to Winthrop was because of their highly regarded 5-year MBA program,” Stout told TopDrawerSoccer.com. “This program will open up plenty of opportunities when I graduate and I felt like it was something I couldn't pass up."

During a visit, a strong bond and a sense of community within the soccer team appealed to Stout.

“I felt like coach [Rich] Posipanko and coach [Daniel] Ridenhour develop a family atmosphere with the team and that is something I valued when looking at programs,” he said. “Along with the atmosphere, their high level of soccer was something I loved. Playing in the Big South gives them great competition and it'll help me grow and develop as a player."

The school’s size was another plus.

“The fact that Winthrop has about 7,000 students is perfect in my opinion,” Stout said. I felt like it wasn't huge but still wasn't too small. The campus gave off a great feel and the location was awesome. The weather in Rock Hill was something I loved and it'll be a nice change from the cold weather in Indiana. Overall I felt like Winthrop was a perfect fit for me, and I can't wait for my next five years there.”

The 2015 Dartmouth recruiting class continues to grow in numbers. Last week, Noah Paravicini discussed the lure of the Big Green.

This week, PDA goalkeeper Max Lurie is the latest to make his commitment to the Ivy League program.

“Dartmouth is a complete package with one of the strongest soccer programs in the Ivy League, a long history of tremendous academics, unrivaled support for student athletes, a great young coaching staff, and state of the art athletic facilities,” he told TopDrawerSoccer.com.

Lurie’s positive impression of head coach Chad Riley and his entire staff were big reasons that pulled him towards committing to the Hanover, New Hampshire outfit.

“The soccer program has had a lot of success over the past few years, and I really enjoyed the entire coaching staff,” he said. “The young coaching staff brings a lot of energy, knowledge and passion to the team. In addition to the strength of the program, Dartmouth is known for the support provided to student athletes.”

Of course, Dartmouth’s sterling reputation in the classroom was another huge reason for Lurie’s choice.

“The school itself has a great academic reputation as one of the top undergraduate schools in the country,” he said. “In addition to its academic reputation, Dartmouth also has a beautiful campus and a very tight knit community. I've never heard anyone speak badly of their time at Dartmouth and I can't wait to get started.”

Lurie is the third verbal commitment to Dartmouth for 2015.

Midfielder Bryce Curran (Cincinnati United Premier) committed to Xavier for the class of 2016.