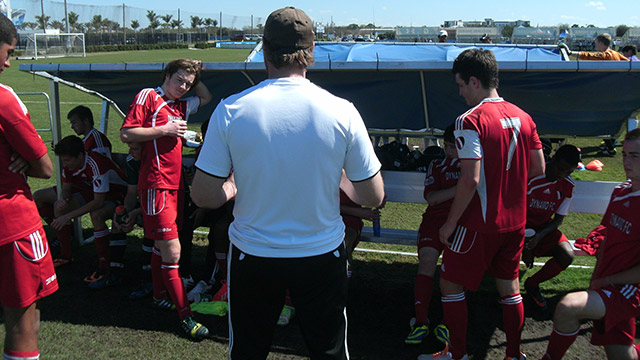 BRADENTON, Fla. – Attempting to select the 11 best soccer players out of the approximately 1,000 elite athletes from around the United States who descended upon the IMG Academy for the past three days is like trying to build a full-sized replica of a World War II battleship inside a typical California wine bottle.

However, some players managed to stand out because of their play on the field – and their behavior off of it.

Here’s a list of 11 players who turned some heads at the IMG Cup – College Showcase held on the 11 soccer fields at the huge sports facility on the Gulf Coast of Florida.

Brandon Mendoza – Forza U15 of Austin, Texas. Mendoza has played for the same soccer coach (David Dinh) for the past eight years.