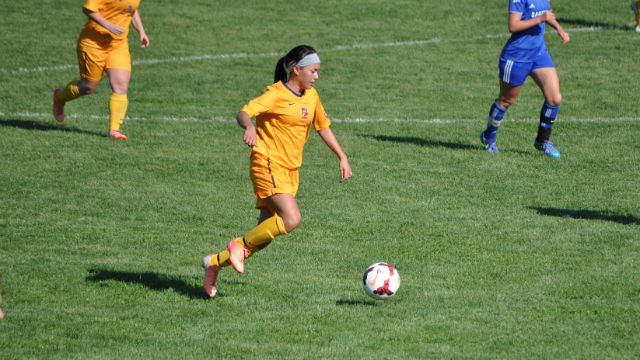 The sun has set on another ECNL regular season event after Memorial Day Weekend in New Jersey. The regular season campaign is soon to follow suit, with this weekend of action left before the playoffs in Seattle, save for the odd game here or there.

Here’s a look at some of this weekend’s highlights:

Ohio Elite sits in the seventh and final spot in the U14 Wildcard Pool, and will need to win its final game of the regular season on Saturday to keep hopes alive. The good news is Ohio won the earlier match of the season against Carmel with a 3-2 win last October.

Sitting at a points per game clip of 2.06, Lonestar SC looks safe to punch a ticket to Seattle. The Texas club wraps up its regular season campaign against Challenge SC.

Currently comfortably in first place in the Ohio Valley Division, Bethesda SC is back in action against Maryland United FC, another pair of clubs putting a bow on the 2013-14 regular season campaign.

Looking to hold fast to its spot in the Wildcard rankings, Maryland United’s matchup with a first-place Bethesda SC side should result in both teams comfortably qualifying for the playoffs in Seattle.

Rachael Dorwart’s strong season, with 25 goals in 25 games and plus ten assists, will wrap up on Saturday with Penn Fusion’s finale against Match Fit Academy. It hasn’t been a one-player show for the Fusion, as Gianna Yurchak and Cashlin Copley both have double-digit goals for the PA side, which will look to end May with the full points.

Playing one final game, its first since the beginning of April, FC Virginia heads south to Richmond, taking on the Strikers with a chance to sharpen its skills before Seattle. Gabriella Gordon tops the team’s scoring charts with 11 so far this season.

Two games are on the docket this weekend for the San Diego Surf, with home matchups against Sereno SC and SC Del Sol. Speedster Taylor McMorrow will look to help the team bounce back from a tough 4-0 loss against Eclipse on the final day of the New Jersey national event.

Another team wrapping things up in SoCal is Real So Cal, which heads into action against Strikers FC. Both teams are looking safe for playoffs, and Julia Pedati has the chance to add to her 26 goals on the year.

In the span of the next three days, Colorado rivals Real Colorado and Colorado Rush will line up against each other twice, signaling the end of the season in appropriate style.

This weekend presents an opportunity for McLean Youth Soccer to run the table with a perfect record in the Chesapeake Division. Currently 14-0-0, McLean visits Southern Virginia with games against Virginia Rush and Richmond Strikers, looking to add two more wins to its goal total.

Another first place team wrapping up with a double-dip on the road is FC Stars of Massachusetts. They’ll pay a visit to Albertson Fury and East Meadow Soccer Club, with the top spot in the New England Division firmly locked up.

Spots are limited for the playoffs in Seattle, with not a lot of wiggling room left. If East Meadow SC can win both of its games against FC Stars of Massachusetts and Scorpions SC, it could lead to postseason play if results elsewhere go their way.

An unbeaten season is also within reach for PDA, which is 15-0-2 overall. They’ll take on Continental FC Delco on home turf on Sunday.