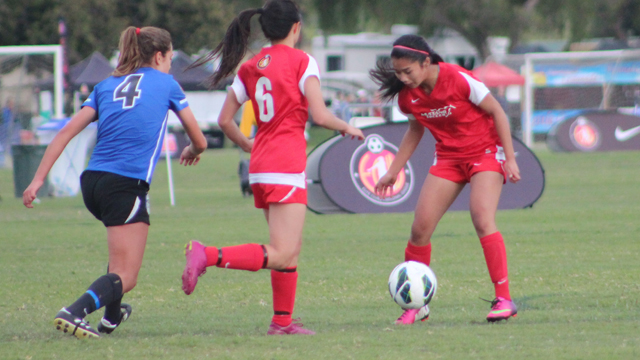 The ECNL schedule is jagged with winter breaks and recesses for high school soccer. This weekend’s list of fixtures highlights the coming and goings of the leagues unique schedule. 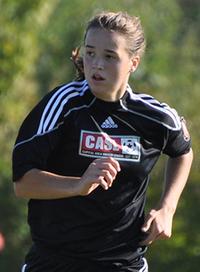 World Class FC returns to ECNL play this weekend after being out of action since early November. The top team in the Metro Division takes on Penn Fusion and FC Bucks on Saturday and Sunday. World Class squeaked out wins over the two teams in the first meetings of the season. Sarah Jordan scored the lone goal in 1-0 win over Penn Fusion in October. Brianna Slider, Zoe Maxwell, and Melina Couzis led World Class to a 3-2 win over FC Bucks. Mackenzie Pluck and Riley Rudd scored for the Bucks. Will World Class complete the sweep this weekend or will the visiting sides even the score?

In the Midatlantic Conference, Bethesda SC is attempting to keep its undefeated season alive while playing road games against Virginia Rush and Richmond Strikers this weekend. Bethesda has gone three games without giving up a goal and looks to be the dominant force in the conference. Carolyn Mang and Tatiana Ortega pace the attack with 11 goals between the two.

Carmel United takes on FC Virginia on Saturday in an enticing out-of-division showdown at the Grand Sports Park Complex. Both teams are undefeated in division play this season. Gabriella Gordon leads FC Virginia’s attack with eight goals in 13 games. Alexandra Rice has been the main weapon for Carmel United with seven goals and four assists in seven games this year.

After coming up just short in the ECNL Texas event with a 0-2-1 record, Crossfire Premier returns to conference play this weekend with games against Utah Avalanche and FC Nova. Crossfire was narrowly defeated by a 2-1 score line in both losses in Texas against some top competition. The return to conference play may not be easy though as both Nova and Avalanche have started the season strong. Kelsey Turnbow and Jamie Rita have spearheaded the Crossfire attack this season with 10 goals between them.

NC Fusion travels to Ohio this weekend for its only games since December and until May. Fusion sits in second place in the Chesapeake Division and could really benefit from a six-point weekend in the national standings prior to the playoffs. Cameron France has been the stnadout of the Fusion attack with eight goals and four assists in 19 games. Internationals is also battling for a spot in the playoffs and will be counting on the scoring exploits of defender Emily Soltes who leads the team with four goals this season.

In Northern California, Santa Rosa United hosts Mustang SC on Sunday in a battle of the top two teams in the NorCal Division. Santa Rosa and Mustang SC are even on points after both teams started the year 4-1-1 in divisional play. Virginia commit Taylor Ziemer leads the Santa Rosa attack with 10 goals in 10 games. Jordyn Cunningham’s four goals pace the Mustang SC attack.

Michigan Hawks also make a quick appearance on the schedule this weekend before another break until May. Hawks face rival Vardar on Saturday. Vardar is the only team to beat the Hawks in divisional play this season, which came back in December. Michigan recruit Kelly Sweeney dropped a hat trick in that game to lead Vardar to a 3-0 win. Will Hawks get revenge on Saturday or will Vardar complete the sweep?

MVLA is looking to close the gap on Mustang SC in the NorCal Division this weekend. MVLA is in second place and takes on third place San Juan SC on Sunday. Mustang SC faces Santa Rosa United also on Sunday. Mustang is 5-0-2 in conference play thanks to a stingy defense led by goalkeepers Taylor Winters and Leah Emerson and a balanced attack led by Chelsea Barry, Anyssa Dominguez, Madeline Gibson, and Miranda Nild.

CASL finishes off its regular season this weekend with games against OP Ohio Premier and Internationals SC. CASL is undefeated on the season with an 11-0-6 record. Both Ohio squads will be difficult competition, but do they have enough to stop Mary Gracin Palmer and the CASL attack?