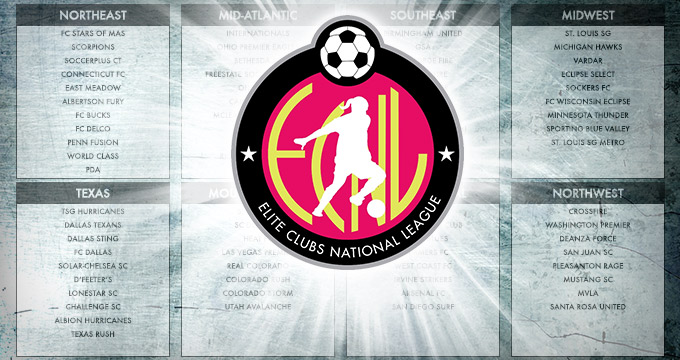 ECNL Vice President Doug Bracken was one of those coaches and says the group never expected to have advanced so far, in getting all the major clubs in the country to join by what will be the 4th year of the league. Still, improvement is always a goal.

“We’re always working on getting better. In a country this size and with the dynamics of what we’re working with, there are a lot of different fronts to manage,” he said. “Of course most important is the competition itself.”

This season the A and B tiers of the national league will be done away with, and the format will be centered much more on the 8 conferences detailed below.

Bracken said the revisions in format are the right thing to do competitively, but pose new challenges logistically.

“We’ve continued to work to get the right teams playing against one another and I think everyone in the league will agree that most of the games have been awesome,” he said. “On the other hand, as we improve in this area, things are not as easy logistically. Because we want to make the best competition and make it as fair as possible, there is a balance that has to be struck. The biggest part of this season is to get a level of consistency on competition so everybody understands it from one year to the next, where we’re carrying on with the same ideals.  It will be big to get all the conferences aligned correctly and expand to some new areas, with Florida being the big one. I think that will help us also. But it’s a year of stabilizing everything.”

Bracken noted that the foundation or platform are now in place, after living for three years in a start-up or survival mode, to start adding bells and whistles to the entire setup.

While the Development Academy on the Boys side may seem to some like a natural model, Bracken explains that this is limited given the lack of official USSF involvement, including the financial support it gives to the boys’ side.

“You have to realize, at the beginning you have a small group of people doing the majority of the work. I think that continues to be the case,” he said. “Obviously we have Jay Howell and Sarah Kate Noftsinger now, Christian (Lavers) and I and the people on board, and we’ve managed to grow quickly and have success in the league, so we’ve spent a lot of time in triage mode. There’s just not enough people to do all the things we could be doing. There are standards and priorities but player development, but then you ask how do we enforce those. It’s not like on the boys’ side where we go around rating clubs or whatever.  We need to find the time to make more of those things a priority, but for now it’s all hands on deck to try and manage the league.

“The big things we talk about now is holding clubs to the highest standard in various areas, improviing the atmosphere at our events, and we also talk about referees a lot and improving that situation in our league.”

Bracken said the league would welcome more tangible support from U.S. Soccer (and  noted the good relationship the league has with USSF technical advisers Jill Ellis and April Heinrichs), but added this is ultimately up to the Federation and out the league’s hands. 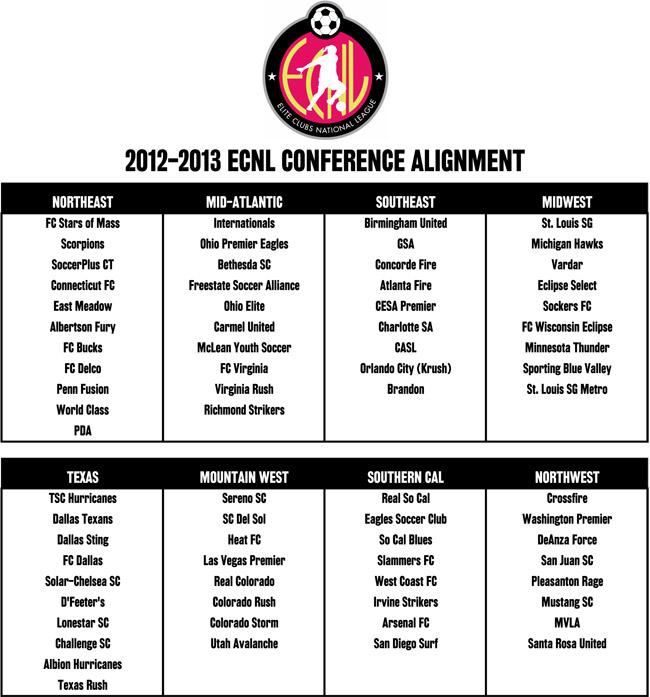