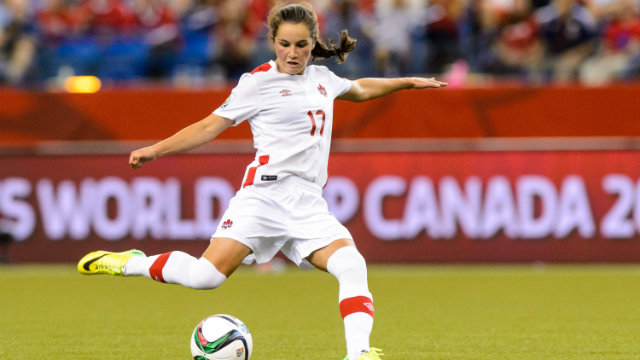 This weekend marks the start of the Division I women’s soccer season, and a chance to see the newest college players in action for the first time.

There is a slew of extremely talented players set to take the field in their debut seasons.

Here’s a final look at the Top 50 DI recruiting classes, based off the IMG Academy 150 player rankings, domestic and international recruits along with transfers.

While it would be easy to nitpick at UCLA since Canales and Pugh appear to miss the 2016 season, they are still in consideration with this class and leave the Bruins with far and away the best incoming talent. Even if they were excluded, UCLA is bringing in a player in Jessie Fleming that started an Olympic semifinal – not too shabby.

It’s going to be a young group in Charlottesville this fall, with players like Zoe Morse, Taylor Ziemer and Alissa Gorzak aiming to make an immediate impact.

The Tar Heels announced their seven-player class in May, securing a crop that should be able to supply a couple of starters in the fall. Madison Schultz spent the spring season in Chapel Hill, and is in contention for a starting role in the fall. Taylor Otto was also enrolled early, though she’s expected to be with the U20 World Cup squad and miss this season.

DeMelo is expected to miss the season with the U20s, though the rest of this group is promising. Leah Pruitt may not be able to play this fall, as a source indicated that she was not granted her release from San Diego State and may need to redshirt.

An extremely talented group joins the Blue Devils this fall, making it one of the deepest teams in program history. The run to the national title game last fall could end up spurring Duke on to a similar campaign, and this class certainly has players who can chip in right away. Ella Stevens earned Gatorade National Player of the Year honors and her versatility will bolster Duke’s already impressive depth.