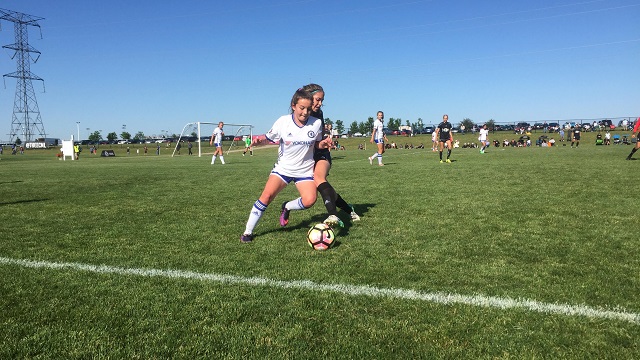 ROCKFORD, Ill. – For one champion, Tuesday represented a joyful final hurrah and the establishment of a bonafide dynasty. For the other, perhaps the start of something special.

The sprawling five-day ECNL Playoffs here reached their terminus on Tuesday, with U15, U16 and U17 teams brushing up their final games before securing advancement to the ECNL Finals next month. But for four U14 and U18 teams, Tuesday represented something quite different. A chance at glory after a grueling 10-month season, for one.

For the Solar Chelsea U14 and Michigan Hawks U18 teams, that glory arrived in splendor Tuesday.

This Solar Chelsea group's title was, obviously, its first on an ECNL stepladder to college that starts with the U14 age. But it wasn’t this group’s first title together. They’d won a US Youth Soccer championship at the U13 age last year, meaning they’ve now won the highest national trophy they possibly could the last two seasons. In a row.