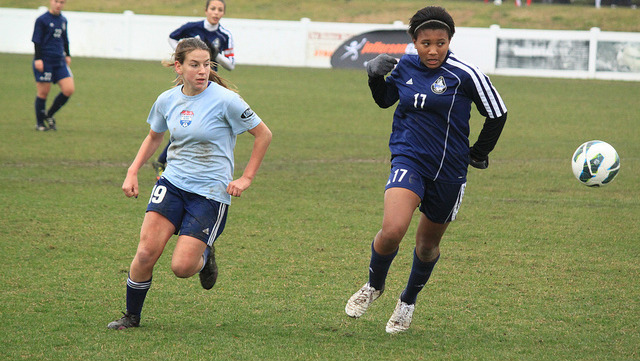 Last weekend's action in Richmond, Virginia saw thousands of elite girls players head into action to compete and attempt to standout across the three days.

Plenty of strong performances were put in by several deserving players, and here's a look at a small sample size of those who caught the eye during the three days of competition:

Grace Zas (Tampa Bay United) – Zas not only had a great weekend, she also scored the Jefferson Cup’s best goal of the girls weekend. She has range that all defenders must respect, but can beat you 1-on-1 if you let her. Zas is the ideal forward a number of club coaches would love to have at their disposal.