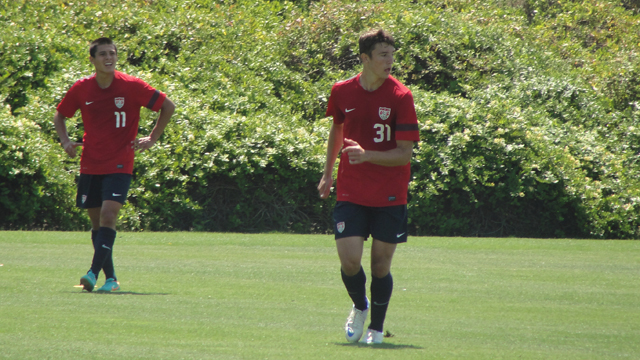 Andrija Novakovich became the latest U.S. youth national team player to bypass college and sign a professional contract. Novakovich, a Marquette commit, signed with Reading FC last week after being on trial with the English club. 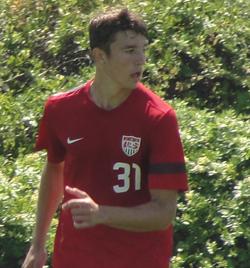 Marquette announced the signing in a press release last Friday.

"It was a bittersweet decision, and I am so grateful for the guidance and help coach Louis Bennett and the soccer staff have given me," Novakovich told gomarquette.com. "Signing the letter of intent to play at Marquette was a proud point for me, and I will forever consider myself a Golden Eagle."

The traditional No. 9 trained with the U21 squad and briefly with the first team prior to signing, according to a source. During his time with the youth national teams, the Wisconsin-native proved to be a key piece for the U.S.

Novakovich was the catalyst of a successful trip for the U18 MNT in France in October. He had a goal and an assist while also being involved in nearly every scoring opportunity as the U.S. went 2-0-1 against France, Czech Republic and Poland.

The professional outlook for Novakovich will likely be determined by how much of his ability to play with a defender on his back is developed at Reading. The striker has proven that he can make great runs to get on the end of crosses and has clean technique. His improvement will be measured in how he handles going against older competition that can push him around more than he is used to at the lower youth levels.

Novakovich is joining a club that is on the rise at the professional level as well as at the youth level.

Reading’s youth academy has been very impressive this season. The U18 squad reached the semifinal round of the FA Youth Soccer for the first time. While the U21 group is in the final of the Premier League Cup against Manchester City.

The first team is in the sixth spot in the Championship, which is the final spot for the promotion playoffs. Reading was in the Premier League last season but was sent down after a disappointing season.

Atletico Santa Rosa continues to be one of the most prominent clubs in the United States for churning out players for professional academies. The Northern California club helped develop Jonathan Gonzalez, the U.S. U15 Boys National Team midfielder, who recently joined Monterrey.

The teenager was one of the standouts from the Alianza de Futbol event in 2013 and had plenty of interest from foreign clubs. He has yet to appear for a youth national team.