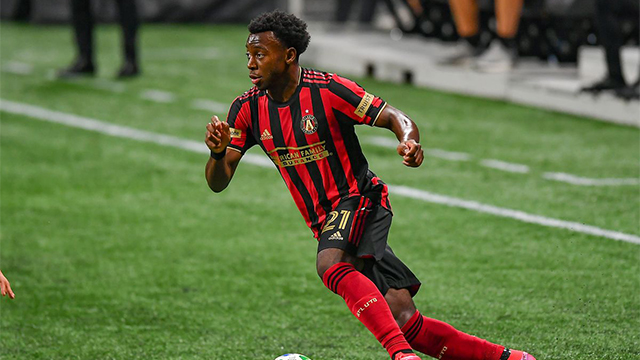 When it comes to MLS and the pathway offered to young, domestic players, strides continue to be made.

Bryan Reynolds, Mark McKenzie and Brenden Aaronson all moved abroad to clubs in Europe, as some of the team’s emphasis on development continued to improve and change.

That’s the backdrop of this year’s Top 50 MLS Prospects, the fifth edition of the TDS examination of players looking to break through in the league. MLS returns this weekend after a lengthy offseason.

The criteria for this year’s list has been tweaked. The focus is now solely on players that are eligible for Canada, Mexico or the United States. In past editions, players selected in the draft were eligible even if they were internationals.

There is also a shift towards looking at younger talent. To be eligible for this list, players have to be born on January 1, 2001 or later. There’s also a minutes component, with 2,000 minutes set as the cutoff. That means players like Paxton Pomykal, Julian Araujo, Cole Bassett or Gianluca Busio -- to name just a few -- aren’t in the pool. Players have to be signed to an MLS contract as well. Putting together this year's list was a bit more difficult, with minimal preseason games streamed and a more limited access to information.

As a result, a couple of players that weren’t on the list in 2020 return, while others have either hit the minutes mark or been transferred abroad.

Check out the full list in alphabetical order below, with links accessible to the entire rankings breakdown. Updates will come out daily between now and Friday, with the Top 10 slated to be released then.